Which Sites Capture The Most Screen Time in Russia?

During February 2013, there were 61.4 million Russians who went online via a desktop PC or laptop. Ranked by total unique visitors, Mail.ru Group and Yandex Sites were the top 2 web properties in Russia, with 52.5 million and 51.8 million visitors respectively in February 2013. Google Sites attracted 45.8 million users putting it in third place, followed by VK.com with an audience of 43.9 million unique visitors during the month. 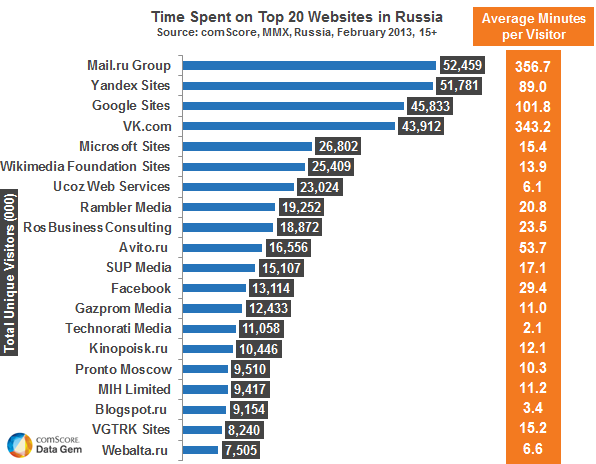