Amazon Prime Day 2018: Key Takeaways from One of the Summer’s Biggest Retail Holidays 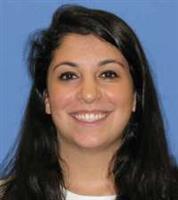 Since its inception in 2015, Amazon Prime Day has fast become the summertime Black Friday or Cyber Monday, with consumers rushing online to snag the best deals. This year was no exception. Even with a series of site crashes (cue cute puppy dogs), Prime Day still proved to be one of the most active retail days throughout the year. Here are some of the key takeaways:

Amazon Prime Day continues to be a lynchpin in the summertime retail holiday season. Despite a few website hiccups, this year’s Prime Day sustained its growth trajectory – with increased spending and visitation. But beyond its own success, Prime Day continues to highlight Amazon’s halo effect – with the 36-hour sale causing other big-name retailers to see a rise in their sum of dollars.

To learn more about Comscore Custom eCommerce Reporting, contact us.

Note: All data is from Comscore Custom eCommerce Reporting, July 2018.