How mobile apps are distorting time

Apps have dominated mobile time almost since their inception and reached an important milestone in 2016, accounting for over 50% of the UK’s total digital minutes. Can this growth continue, or have we reached “peak app”?

You’d need to travel back quite a number of years to witness the first utterance of phrases such as “digital is witnessing explosive growth”, but such proclamations have served industry commentators well for considerable time. Many will have foreseen digital advertising investment surpassing television (by £ 2.4 billion in H1 2016 according to the IAB / PwC UK Digital Adspend Study). In leading nations such as the U.K., however, where the market is becoming saturated (an impressive total digital population of more than 42 million people in September 2016), the reliance on increasing audience sizes as a barometer for industry expansion may begin to falter.

Lower audience growth does not, however, indicate a static market. On the contrary, it is important to understand the innate heterogeneity of the digital population resulting from more devices and a greater variety of access points, and take advantage of the available growth areas in digital time.

Few will be surprised that growth in U.K. digital time is led by mobile internet consumption, but it is worth noting that specifically mobile apps are dominating. Total minutes per month on desktop were down in September 2016, decreasing more than 12% year-on-year. Meanwhile, mobile minutes have already increased 11% since March of this year.

Mobile app consumption is the real driver behind this ascent: compared with March 2016, total minutes spent on mobile apps are up more than 14%, representing 82% of the total time spent on mobile and more than half of all digital minutes. To continue the time-travel metaphor I opened with, the combined U.K. app minutes in September 2016 totalled more than 86 million days, or more than 236,105 years – the same time that has passed since the Middle Palaeolithic period (around 30,000 years before the first appearance of homo sapiens). 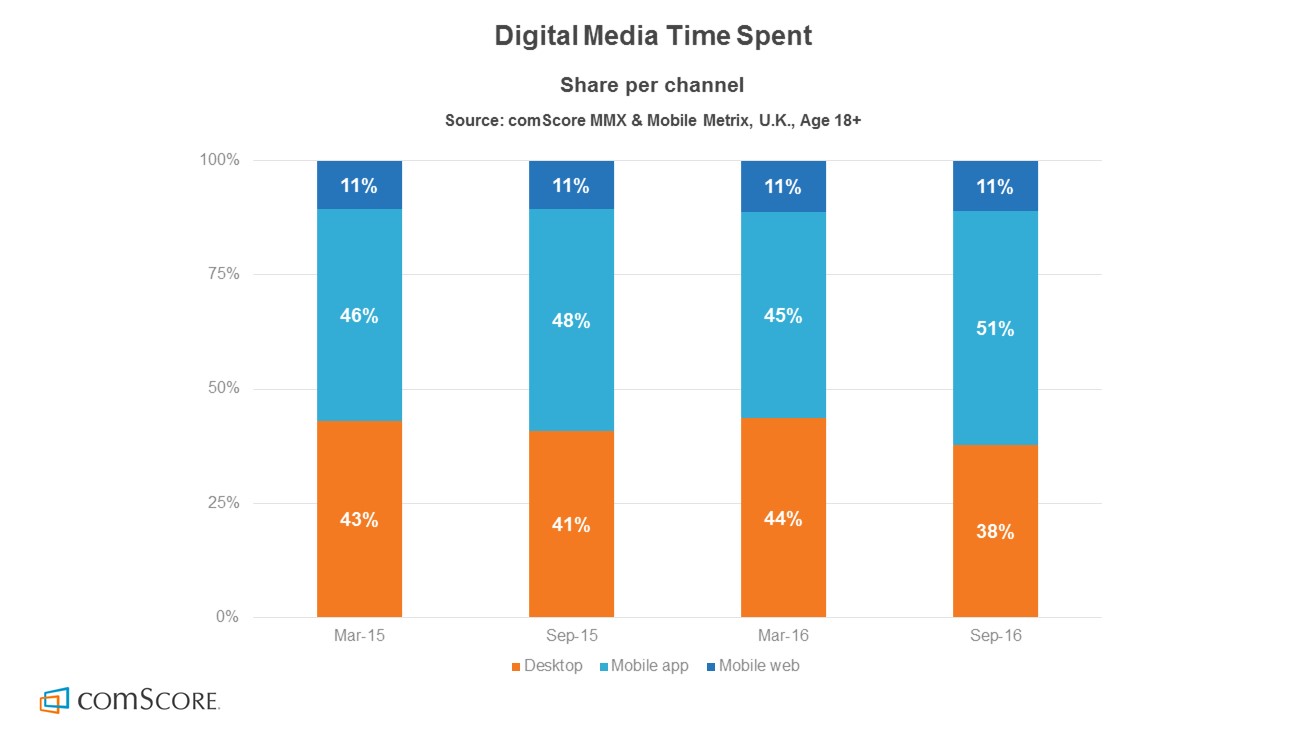 The natural question is when (if not already) we might reach “peak app”. Clearly time is growing share, and the total app audience is up 2.5% since March this year, but the market is undoubtedly becoming more competitive. The “successful mobile apps” club is a highly exclusive one, dominated internationally by large and established players and apps owned by the likes of Google and Facebook – even free apps struggle to gain traction.

In September 2016 in the U.K., more than 51% of total app time was spent on one of the top-20 apps, and just 6 of the top 20 apps for total time in September 2016 were not on the list in September 2015, and these include Soundcloud, which impressively engages its users almost 10 times longer than a year ago, and of course last summer’s sensation, Pokémon GO, which still holds a top 15 spot in total time spent per month.

If further evidence is needed of the high barriers to entry, more than half of U.K. mobile app users in September 2016 did not download a single app, and of those who did, more than half only downloaded one or two. Only a few heavy users download more than 5 apps per month, and they represent less than 8% of the total app audience. 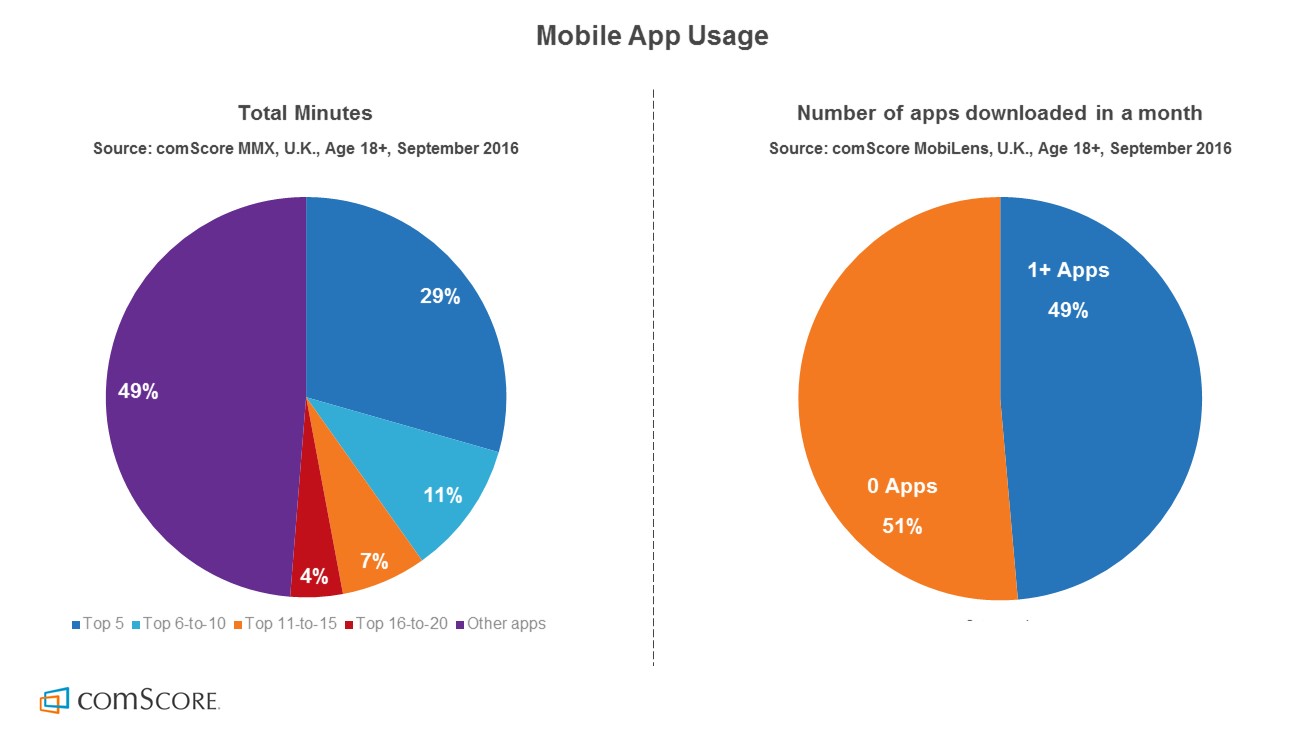