Share of Display Ad Impressions by Top Publisher Category in 2010

Social Networking publishers were responsible for 34 percent of the display ads served in December 2010, an increase of 11 percentage points from the previous year.

The Comscore 2010 U.S. Digital Year in Review is now available for download. 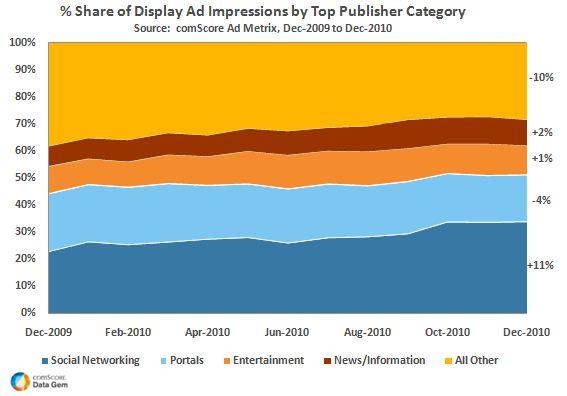