In this week’s edition of Comscore Snapshots, we look at consumer behaviour relative to travel websites and apps within the EU5 region (France, Germany, Italy, Spain, and the UK). We include websites and mobile apps that provide travel services (e.g., airlines, hotels, car rental agencies), online travel agencies, and sites that provide information resources and discounts.

Estimates of audience sizes since 2018 show the scale of the disruptions caused by the pandemic. As the chart below shows, the size of audiences in 2019 were a smidgen larger than in 2018 but were otherwise of similar magnitude. The pattern was very different in 2020: audiences dropped in March 2020, bounced back during the summer 2020, and dropped again sharply thereafter. By May 2021 audience sizes were still significantly lower than two years prior. 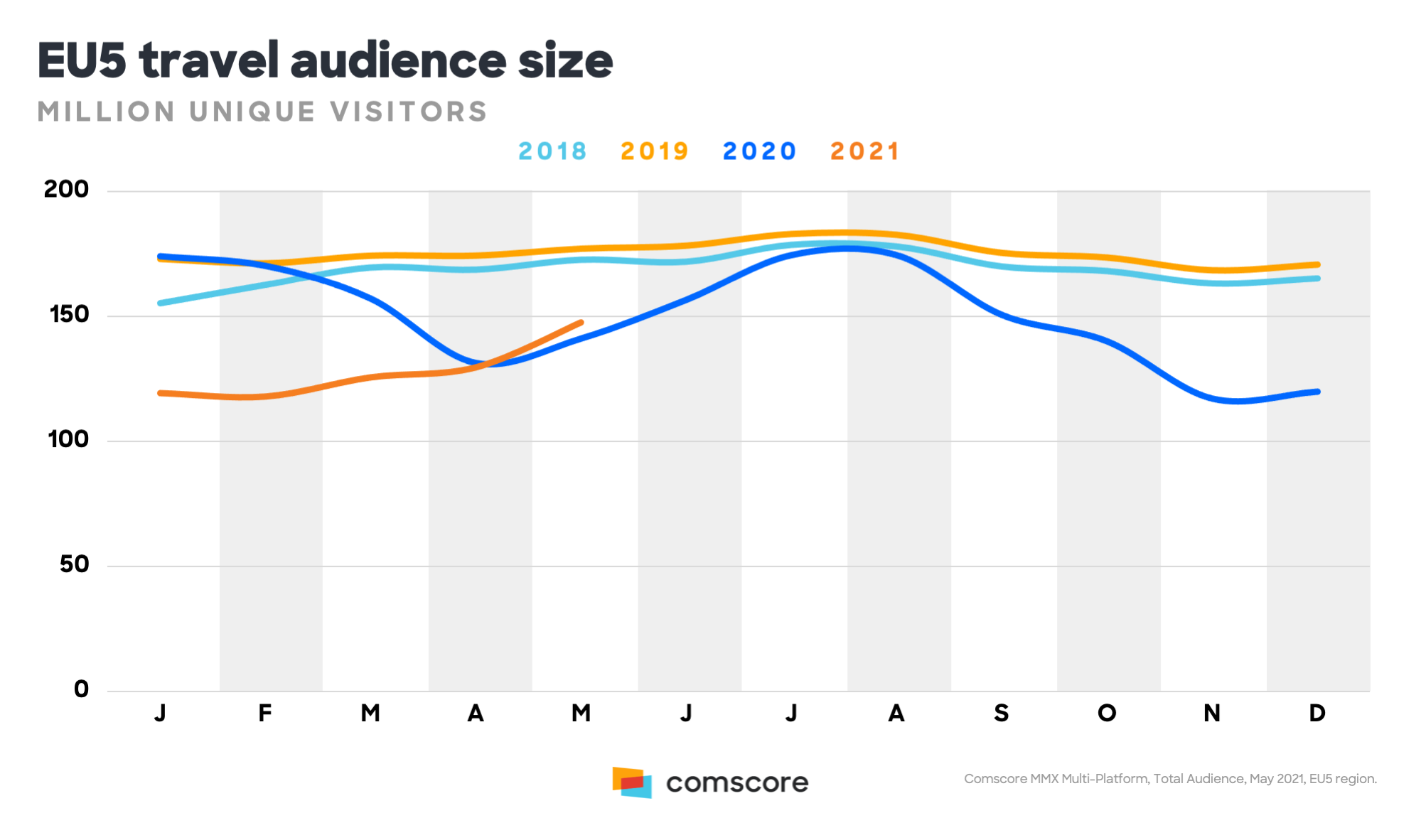 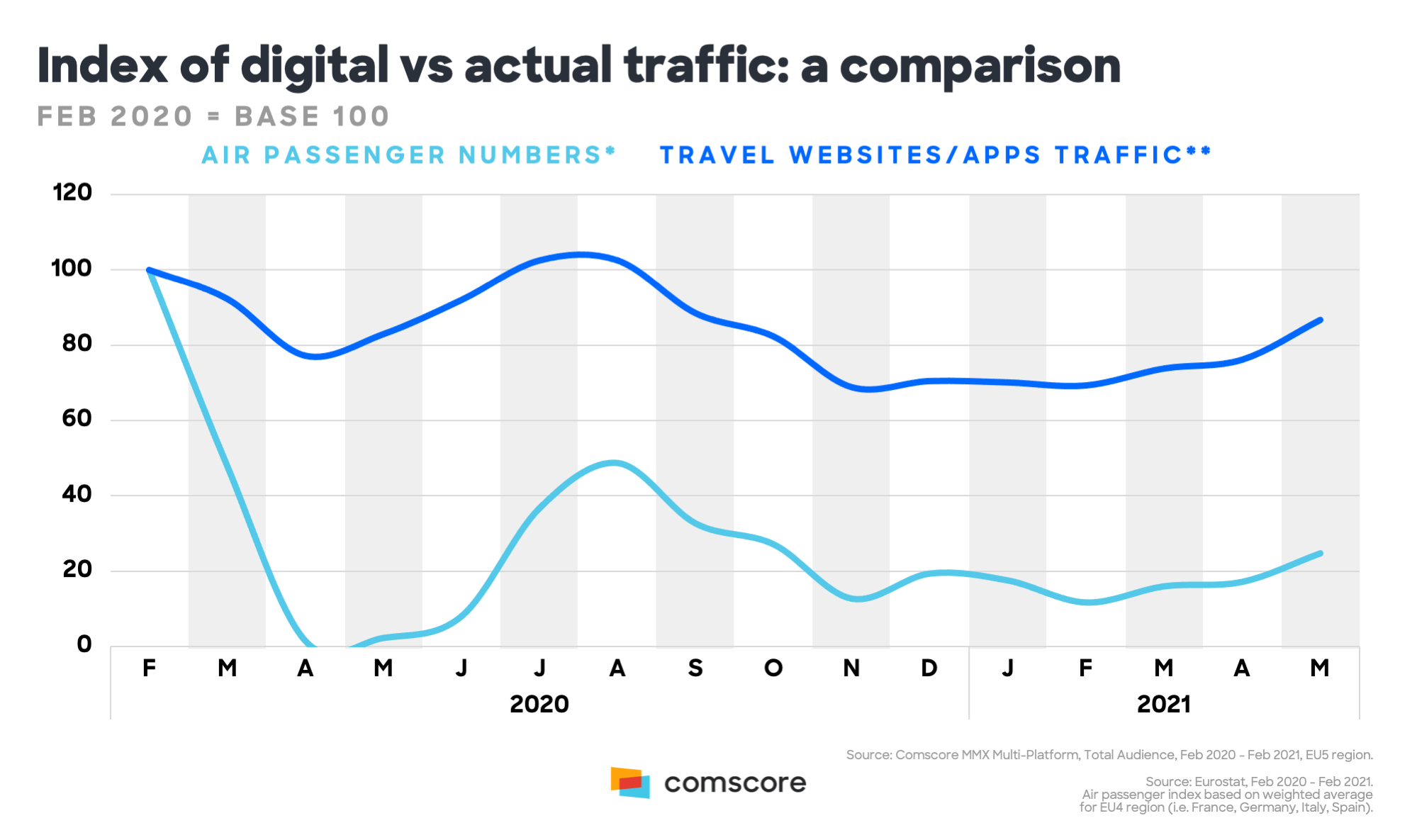 Air travel is but one aspect of travelling: there are other modes of transportations, and, crucially, government-imposed restrictions, quarantines, and ever-shifting travel rules, have made staycations and domestic trips far more fashionable. The table below shows travel-related content consumed by aspiring holidaymakers in the UK – a breed of travellers who usually try to escape the unpredictable British weather for sunnier shores and beautiful beaches abroad. Air travel ranks in seventh position while rail travel ranks third. Camping ranks in fourth position. 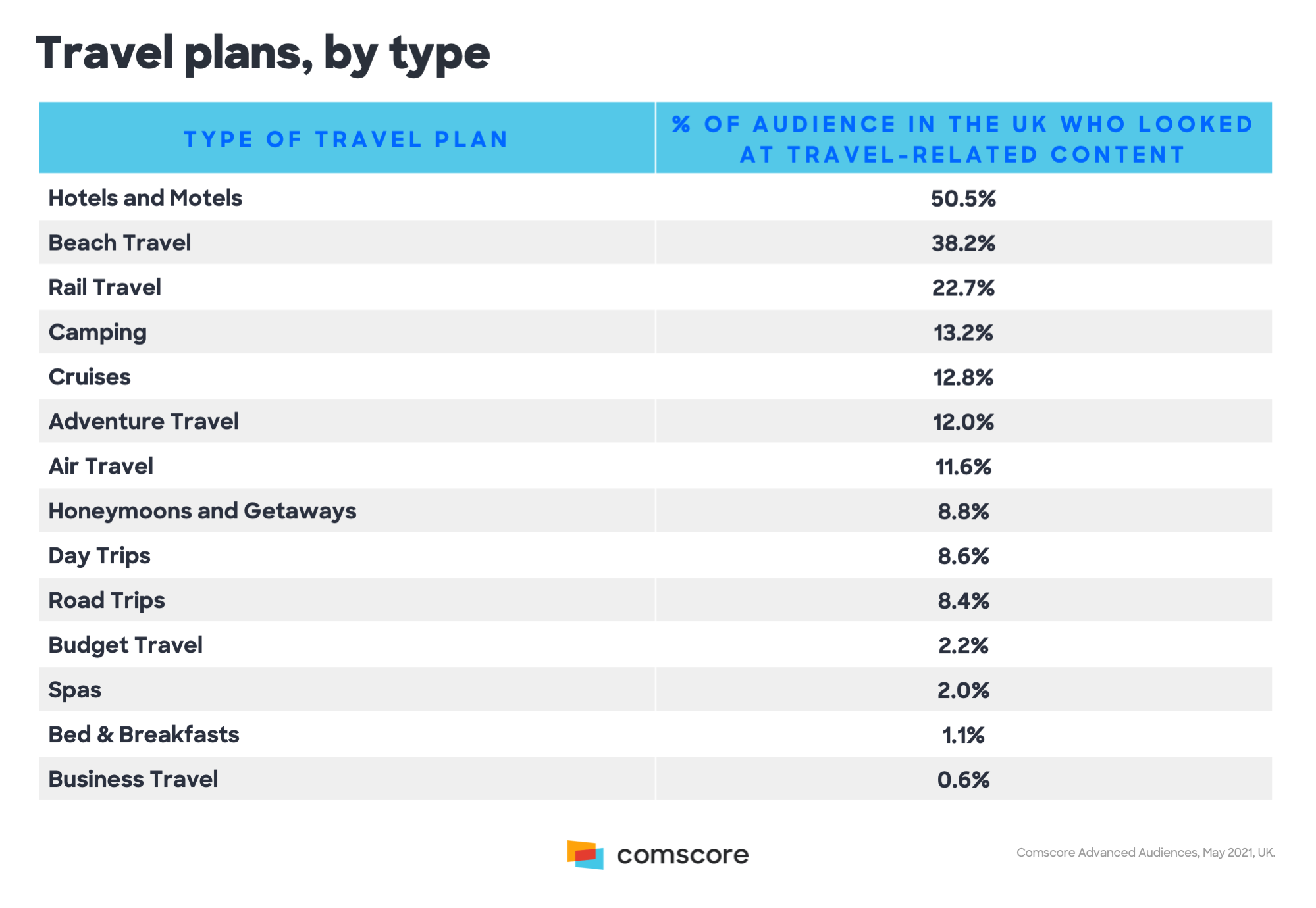 The online travel ecosystem consists of a number of key categories. Travel information is the largest in terms of audience size, with nearly 41% of the EU5 digital population visiting such sites in May 2021. This is consistent with the notion that travel plans often require some research and preparation even at the best of times; even more so in the new normal. 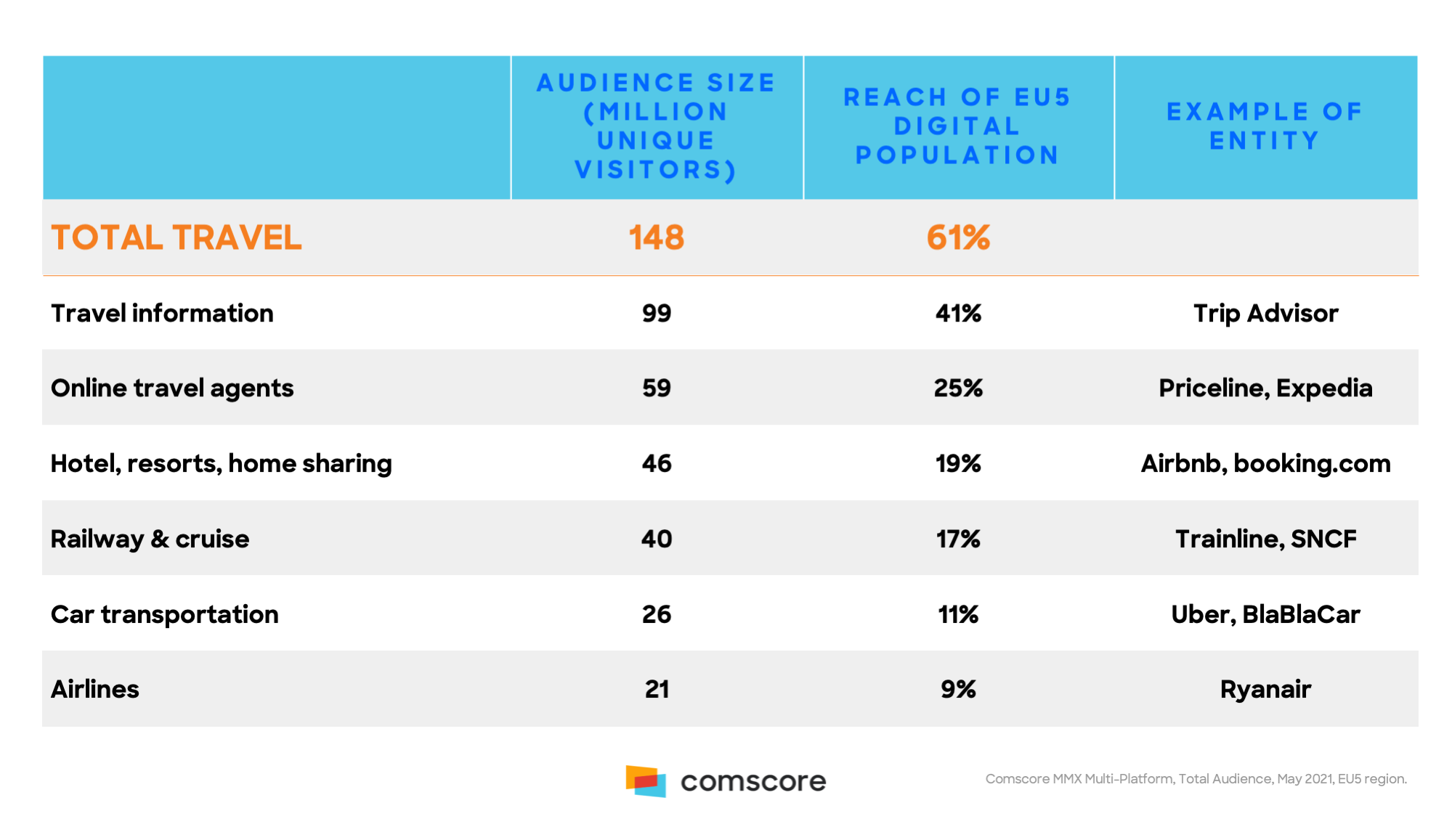