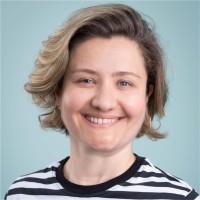 In this week’s edition of Comscore Snapshot we look at Social Media in the Asia-Pacific region. We define Social Media as sites or mobile applications where the creation and consumption of content is user-generated.

They include: (1) Instant Messaging services, which are applications that allow users to send instant messages to other users; and (2) Social Networks, which provide a virtual community and help connect people interested in a subject. For the purpose of this blog post, we include statistics for India, Indonesia, Malaysia and other countries in the Asia-Pacific region.

The size of online social media ecosystem in Asia-Pacific Region is colossal: as the table below shows, in nearly all countries over three quarters of the digital population accessed a social media website or mobile app in the month of September 2021. In some countries, most notably India, Indonesia and Malaysia, the reach exceeds 90 percent. Moreover, the reach of social media increased most in Singapore, Australia and Indonesia, by 10.9%, 8.3%, and 7.8% respectively.

Source: Comscore MMX Multi-Platform, Total Audience, September 2021, Asia-Pacific region. (N.B. desktop only for all markets except India, Indonesia and Malaysia which include mobile.)

The ecosystem is very dynamic: competition is alive and kicking, and in each country a handful of sites or apps can claim to have high levels of adoption. As the table below shows, in all countries three or more social media sites or apps were used by 10% or more of the digital population; which is considerable; also, in all countries at least five social media apps or sites were used by more than one in twenty in September 2020. Perhaps owing to the sheer size of its market, India stands out, with the number of social media entities that reach 10% or more being the highest.

Source: Comscore MMX Multi-Platform, Total Audience, Sep 2021, Asia-Pacific region. (N.B. desktop only for all markets except India, Indonesia and Malaysia which include mobile.)

A closer look at the most used social media applications in each country provides some clues as to how each market could accommodate so many sites: each social media entity provides a unique proposition, which distinguishes it from competitors in terms of focus, format, and target audiences. For example, Line, Wechat, Reddit, or Twitter deliver radically different user experiences.

In most countries in the Asia-Pacific region – excluding China – we see a couple of patterns: first of all, Facebook reigns supreme: its reach puts it at the top of our social media rankings in most countries in the Asia Pacific region. Other social media entities rankings vary from country to country, although sites such as Reddit or Twitter perform well in most places.

The second pattern is the fluidity of things: there is, of course, the blistering rise of TikTok – owned by Bytedance. Much has been written about TikTok and suffice to say that the data confirms its ascendance among the media outlets that can provide brands and advertisers with a truly global reach. But beyond TikTok, as the next table shows, other entities are experiencing high growth and carving out sizeable audiences for themselves: Reddit, Discord, or ShareChat.

Table 3. Examples of social media entity with fast growing YoY reach (we include B2C apps and exclude B2B apps such as Linkedin).

Narrowing the analysis to the Indian market, as the table below shows, the reach of social media is almost 100% of the total digital population for all age groups and genders. This is in large part due to the near complete adoption of Instant Messenger services, across all demographic segments. The reach of Social Networks is somewhat lower than instant messenging services. Yet time spent per visitor on social networks exceeds time spent on Instant Messengers (see table below).

Table 4. Reach of social media in India, by demographic segment

Table 5. Average minutes per visitor of social media in India, by demographic segment