Ad Fraud in Mobile Advertising: The Next Battleground

Ad Fraud in Mobile Advertising: The Next Battleground

The often-quoted suggestion that “the only thing necessary for the triumph of evil is for good men to do nothing” was first uttered long before sophisticated digital advertising fraud threatened marketing budgets around the globe, but the principles have never been more relevant. The tools to combat fraud exist, but a proactive and informed effort from all sides of the digital ecosystem is required to successfully implement them.

Unlike impressions that are served to real people who do not happen to fit a marketer’s intended target, IVT impressions are served to a wide array of bots, spiders and other non-human actors. Some of these are harmless necessities of digital functionality, but a growing number are malicious and sophisticated attempts to pocket advertising revenues in a fraudulent manner. At best, IVT impressions are entirely wasted, and at worst, they are direct theft. 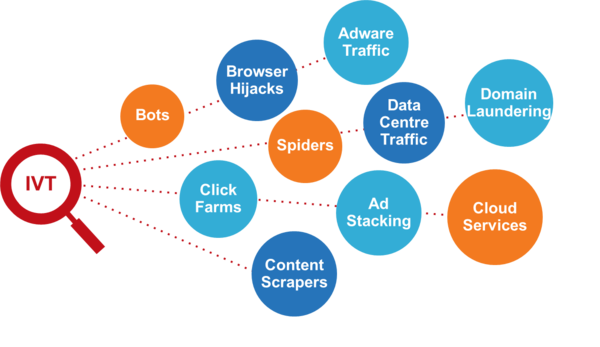 If marketers have traditionally been obsessed with reaching an ideal target group of people, then they should be even more fastidious about keeping their campaigns away from all forms of IVT, and their budgets out of the hands of fraudsters.

IVT, Viewability and Lift: Getting the Most from Your Marketing Budget
The problems caused by IVT extend beyond the money lost at source in the form of wasted impressions. The effect of this traffic on impressions served carries forward to other metrics, including viewability, brand uplift and sales – metrics against which marketers themselves are likely to be evaluated. Without controls in place, the varying levels of IVT from campaign to campaign erode results, as well as render benchmarking and optimisation on other metrics both irrelevant and largely impossible.

Figure 2: An Example of How IVT Contaminates Viewability

In response, forward-thinking brands and their agencies have recognised the risks, and are employing advanced technologies to both monitor and prevent fraud in their campaigns. This becomes even more complex when the fraud which they must detect is performed by vast networks of bots that have been designed to harness the added credibility of using real devices (usually without the owners’ knowledge or permission) to act in a convincingly human way, albeit one that leads to advertising revenue for inventory chosen by the bots’ owners.

Only a multi-point series of checks using different sources of data, ideally with a reference to what constitutes real human behaviour, can detect and avoid this type of activity. There needs to be traffic data from tags and SDKs of a publisher, and similar data from a network of publishers, as well as panel data from real users, in order to determine what app, mobile browser, IP address or device ID is based on real human traffic and not IVT.

Mobsters and Advertising: More in Common than You Might Think
The evolution of fraudulent activities in any sector mirrors the changing landscape in which they operate. In 1920s America, mobsters knew the demand for alcohol existed, and many were prepared to turn a blind eye to the legality of its sourcing. In the case of digital, mobile continues to deliver growth in every market. In the United Kingdom, smartphone and tablet devices now account for 60% of all digital minutes according to recent Comscore data, and this rises to 65% in the United States. It is likely that this share is even higher in some of Asia’s mobile-heavy markets such as Indonesia, India and China. As a result, marketers have a thirst for mobile inventory, and although fraudsters cannot rely on prohibition-esque overlooking of their activities, they are likely to bet on a lack of diligence from some buyers.

Already examples of the same malicious techniques that have existed for some time on desktop devices are occurring on portable devices, but they have been joined by new ones that are more unique to these platforms. Apps can be programmed to serve ads continuously in the background long after a user has finished actively using it, multiple impressions can be served to both browser and app when a user only sees one, and devices can be hijacked to go on ad-interacting sprees without the knowledge of their owner.

Indications also show that mobile ad fraudsters do not discriminate, with suspicious or malicious activity detected on handsets of all descriptions, on both iOS and Android, and within both apps and mobile browsing – there are no shortcuts to avoid IVT on mobile.

Time for Marketers to Fight Back
With all forms of digital ad fraud, a realisation that this is a crucial and controllable part of planning and delivering campaigns is the first step. The reach, frequency and uplift in both brand attitudes and sales that marketers are working towards cannot be reliably evaluated if a large portion of the inventory they buy is not being served to human eyes. It is time to recalibrate expectations based on validated impressions as a first step, before considering other success metrics.

After this important change of mindset comes a proactive and sophisticated approach to detection and prevention of IVT. With the sums of money at stake, the fraudsters are more than willing to evolve and develop new vehicles to obtain them – simple blacklists cannot keep up, so it is vital to employ technology and services that are dynamic and more sophisticated than the people trying to deceive them.

Finally, marketers can also protect themselves with an increased awareness of how and where their inventory is purchased. Premium inventory displays significantly lower levels of IVT than on non-premium sites. When buying inventory indirectly through intermediaries or via sophisticated programmatic platforms, it is important that media buyers remain mindful of inventory quality alongside the audiences which they are targeting.

The metrics on which they pay for media are also a factor, with CPM campaigns being the lowest hurdle for an IVT generator to overcome. By optimising to metrics such as cost per acquisition, marketers can make the challenge more significant for bots and other IVT.

IVT and fraud have been around for years siphoning money from desktop display advertising, but with smartphones and tablets delivering growth in consumer usage and time spent, it is not just the advertising community that has recognised an opportunity to make money through mobile. The white collar criminals are following this trend too.

This article was originally published in the Mobile Marketing Association APAC 2015 Yearbook.