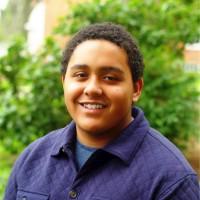 While esports have been a major part of video gaming for years, the growing trend of competitive gaming has taken another leap forward recently: into the mainstream.

Prominent celebrities have invested in and joined esports teams, and the continued growth of video game livestreaming across Twitch, YouTube, Facebook, and other platforms has given esports more exposure than ever before.

Celebrity engagement with esports goes beyond investment, however - some are playing games themselves. Philadelphia Eagles running back Boston Scott joined esports team Dignitas in February 2022 and was announced as the first two-sport athlete to play professionally in both the NFL and Rocket League. At the time of the signing, Scott was ranked in the top 0.5% of Rocket League players, making this partnership more than ceremonial – he’s a legit gamer.

Avid streamer Snoop Dogg, who regularly shares his gaming with fans on Twitch, also announced he was joining FaZe Clan’s board of directors to represent the brand as FaZe Snoop. These partnerships (and many others like them) have helped esports reach mainstream audiences beyond the typical gaming sphere. For example, Comscore social media measurement, powered by Shareablee, revealed that FaZe Clan’s posts referencing Snoop Dogg during the Super Bowl were among the highest ranked US esports and gaming posts across social platforms.

In 2021, 59% of Millennial gamers and 50% of Gen Z gamers said they had watched esports before. Considering that nearly 3 in 4 American households have a gamer, this is a large, growing audience that will continue to command increasing advertising dollars. While gamers have always shown an interest in esports related to the games they play, esports has grown into a much bigger entertainment channel, as even non-gamers are tuning in. When you add in these new fans who are drawn to esports even if they don’t play games themselves, the opportunities for marketers grow exponentially.

To keep up with the fast-paced esports ecosystem, Comscore has introduced its new monthly Gaming Esports Team Rankings. These three rankings show how the top esports teams are performing on social media in the U.S. and globally. With this information, marketers can see the size of the teams’ audiences, number of shares, and actions across social. Knowing the exact reach and engagement of esports teams on social media can provide a significant boost to planning and improving gaming-related media. 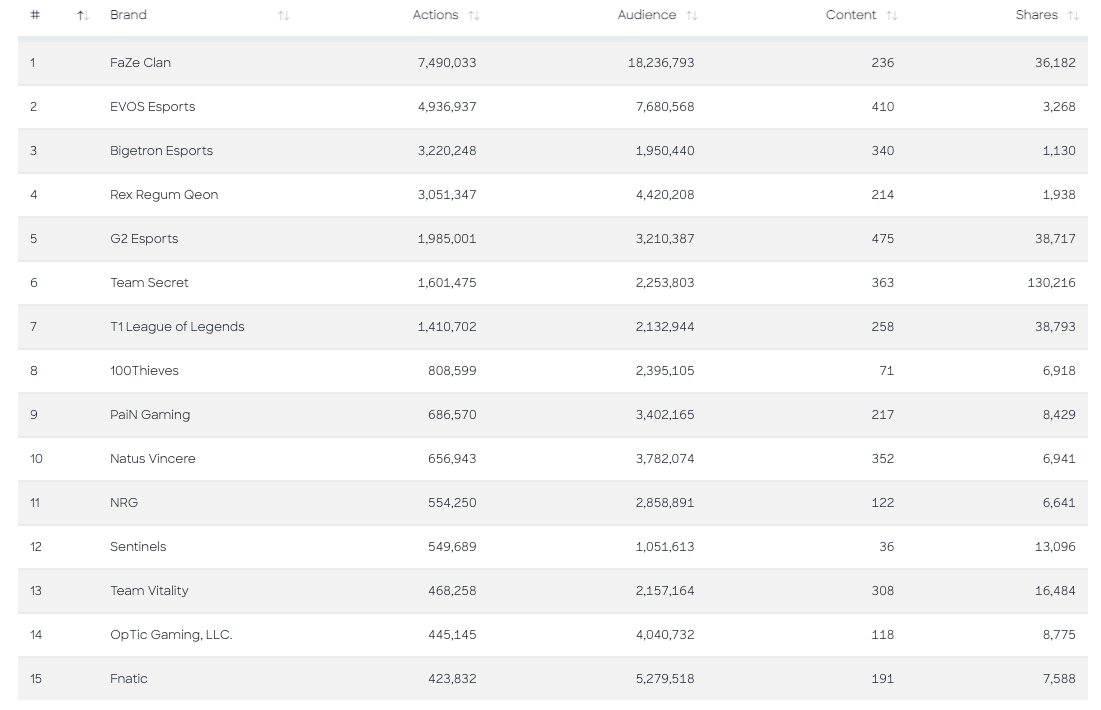 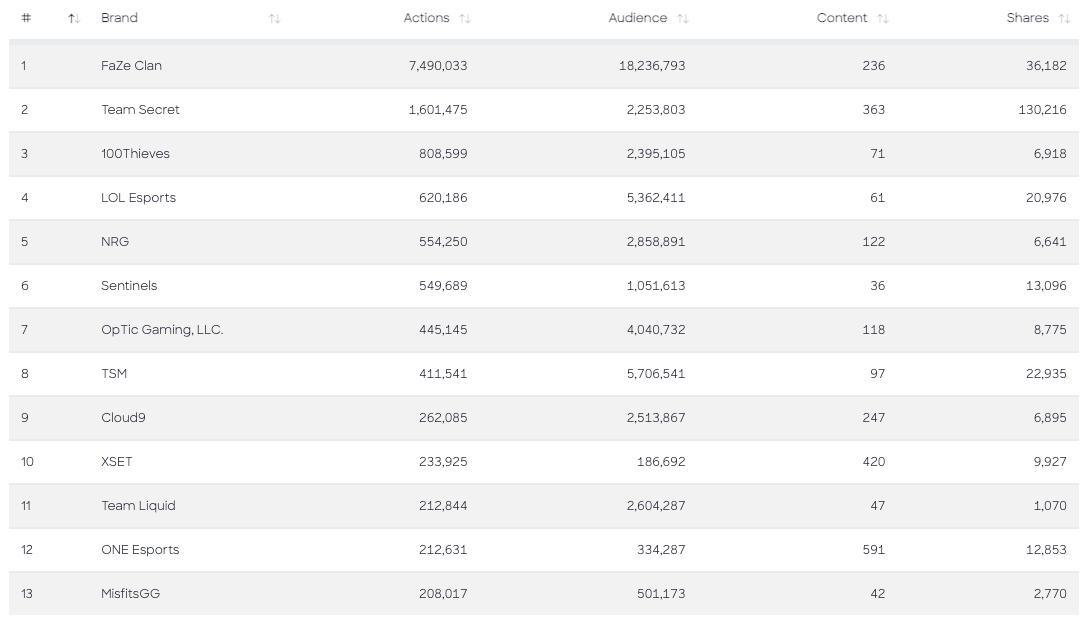 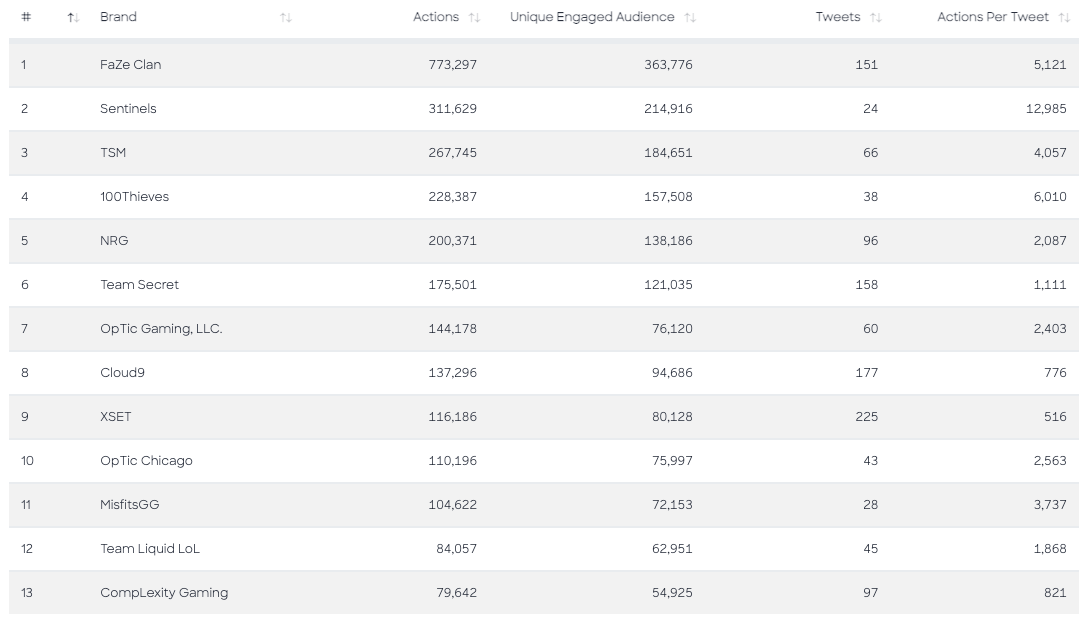 In addition to the gaming rankings, Comscore offers a suite of gaming audience measurement solutions for PC, mobile, and console. Our Brand Survey Lift™ and Branded Content insights help you better evaluate the impact of intrinsic in-game advertising on key branding measures, such as awareness, favorability, recall, and purchase intent.

Comscore Custom Surveys, along with our annual State of Gaming Report, also allow for customized insights into a variety of gaming audiences.

If you’d like to learn more about Comscore products and how to optimize your advertising spend, you can reach out to us here.

Actions: The total number of actions (reactions, shares, comments, retweets, favorites, loves) the specified property receives during the defined time period across the combined space of Facebook, Twitter, and Instagram.