In absolute terms, India possesses the largest audience, with nearly 468 million unique visitors in March 2021. This is followed by Indonesia, with over 122 million unique visitors, and Japan, with nearly 89 million. In relative terms, Australia stands out: over half (54%) of its digital population consumed sports-related content in the first quarter of 2021. In most countries, the proportion who did so has remained relatively stable since 2018. 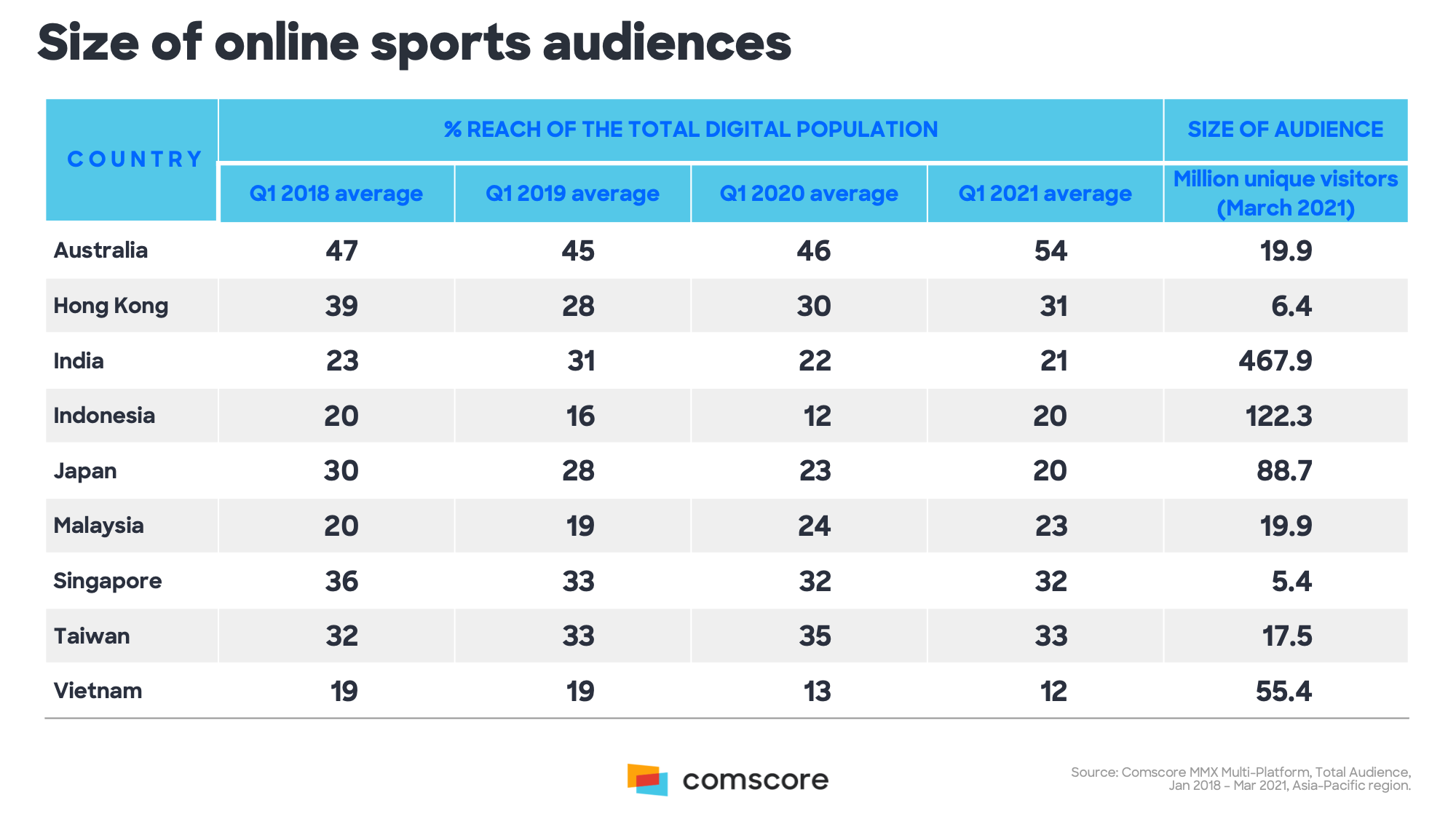 The online sports ecosystem is relatively concentrated (unlike the Games category, which we recently covered here): the number of entities who captured more than 5% of a country’s digital population is in the single digit for all countries listed in the table below. And while some entities span multiple countries (for example Yahoo Sports), most countries are home to national media champions that dominate the landscape and relay the latest sports news. 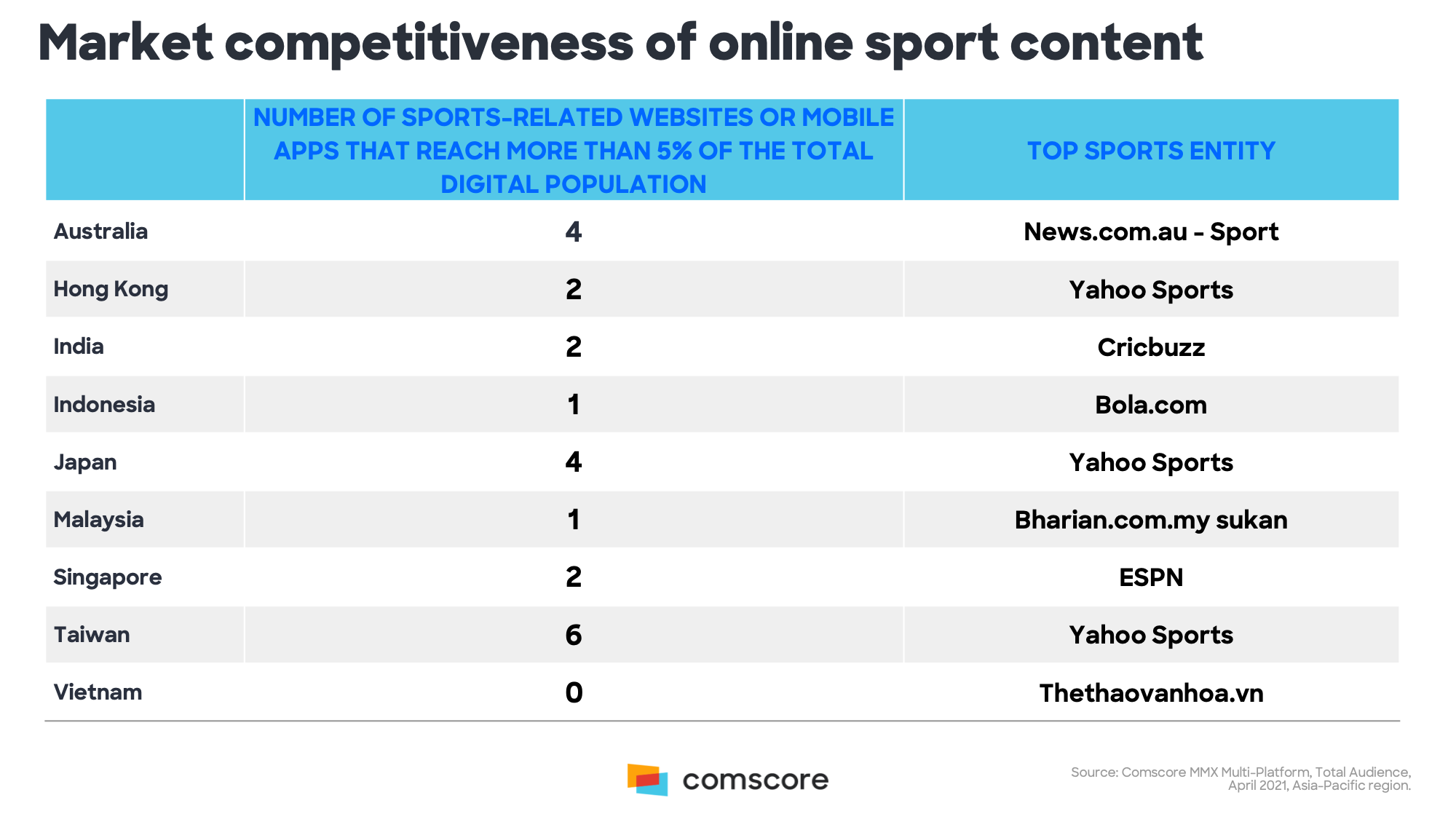 To assess the impact of pandemic in 2020, and where things may go from there, it helps to look at trends that span multiple years. The chart below shows how the evolution of the share of time captured by the Sports category. For most countries it has remained relatively stable until Q1 2020, notwithstanding the oscillations due to large events (for example the Cricket World Cup which is widely watched in India.) In April 2020 the time spent on sports-related content dropped dramatically, as the world went into lockdown and events were cancelled. However, the trend in 2021 is clearly upward, and with popular events scheduled for the summer of 2021, we expect to be back to pre-pandemic levels by the end of Q2 2021. 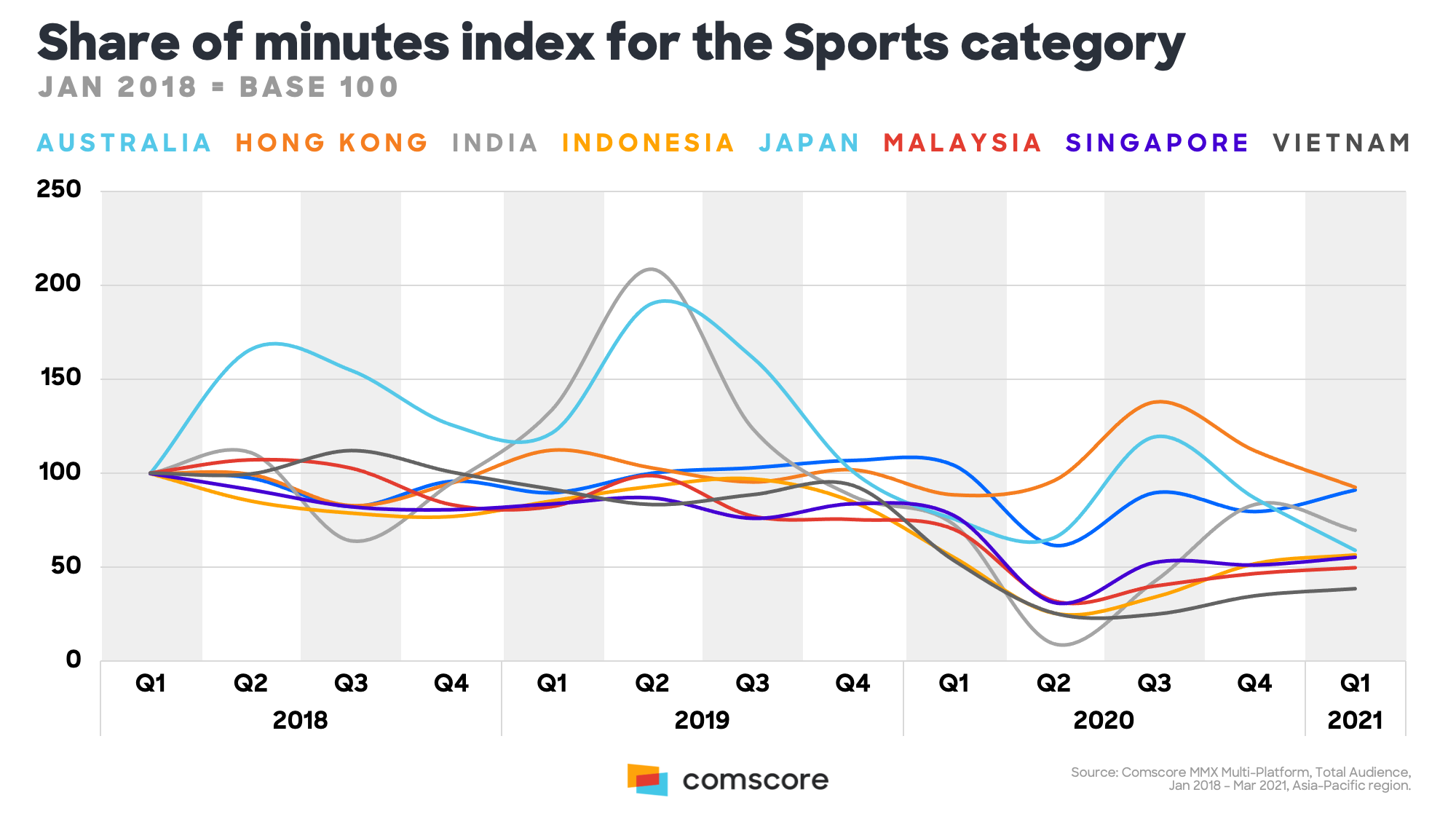 In countries such as India, where the population tends to be younger, so too are the sports audiences. For example, data for India (table below) shows that younger age groups tend to be larger in absolute terms. Moreover, a greater proportion of the younger audiences consume sports-related content relative to older audiences: 34% of India’s digital population aged 15 to 24 accessed online sports content, compared with 22% for the segment aged 35+. In terms of gender, the male audience is much larger – both in absolute terms (91.2 million unique visitors in India, compared with 35.8 for the female audience), and in relative terms (33% of the male digital population in India accessed sports content, compared with 19% for the female digital population.) 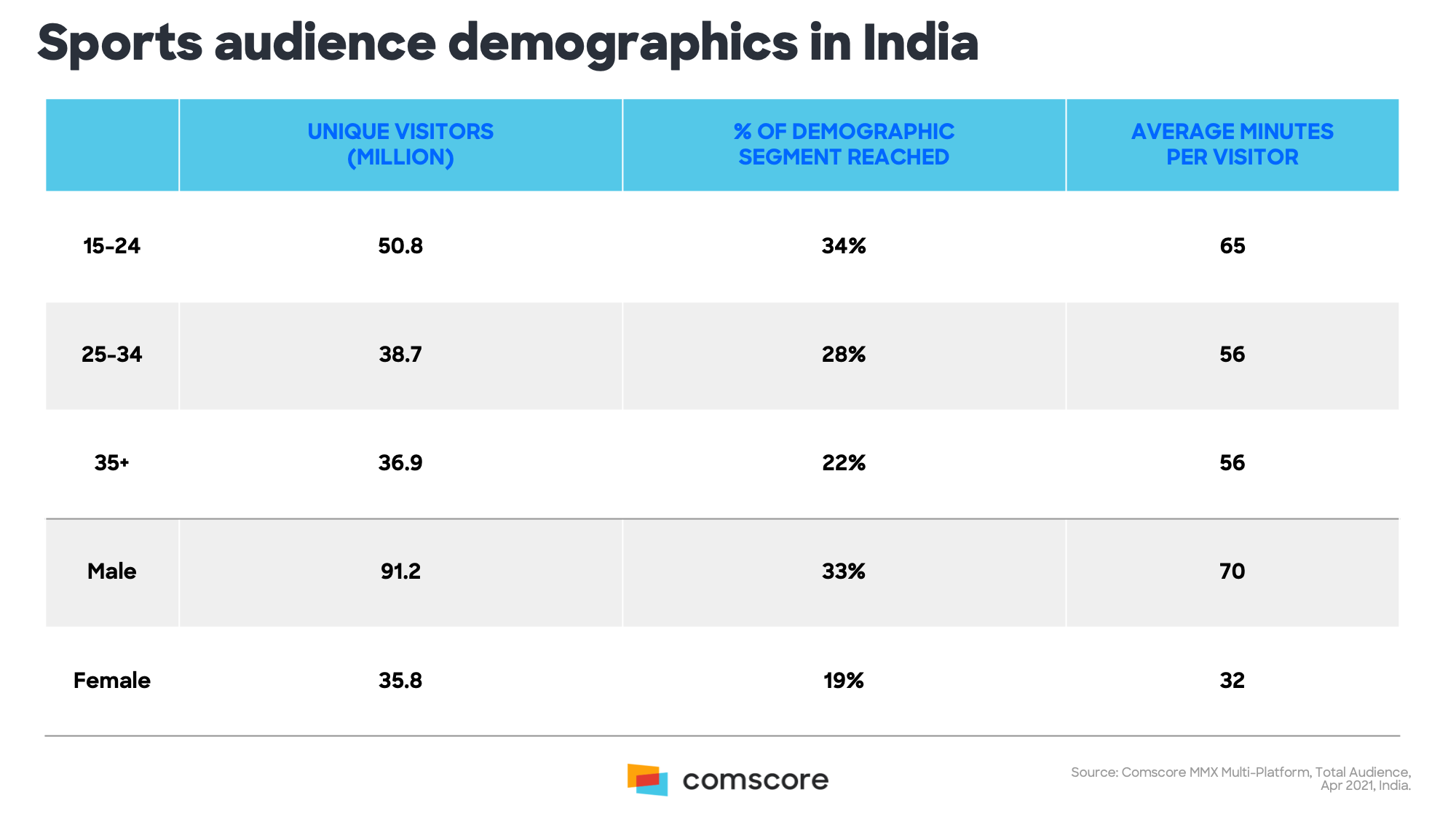