To What Do I Owe This Success? – Optimizing TV Ad Campaigns to Drive Automotive Sales 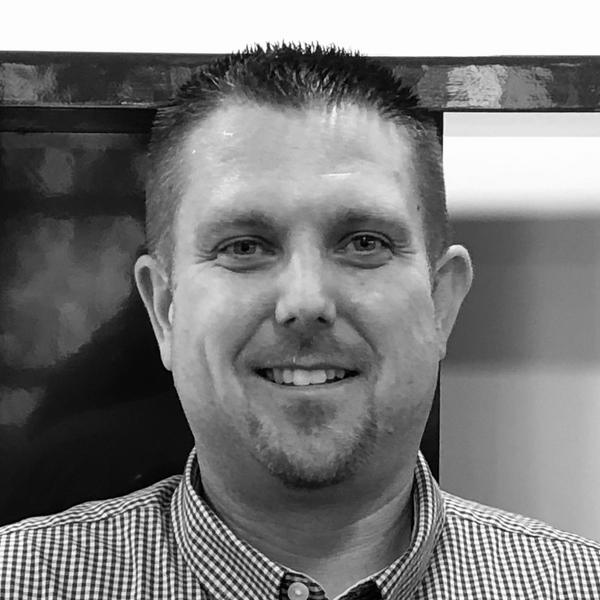 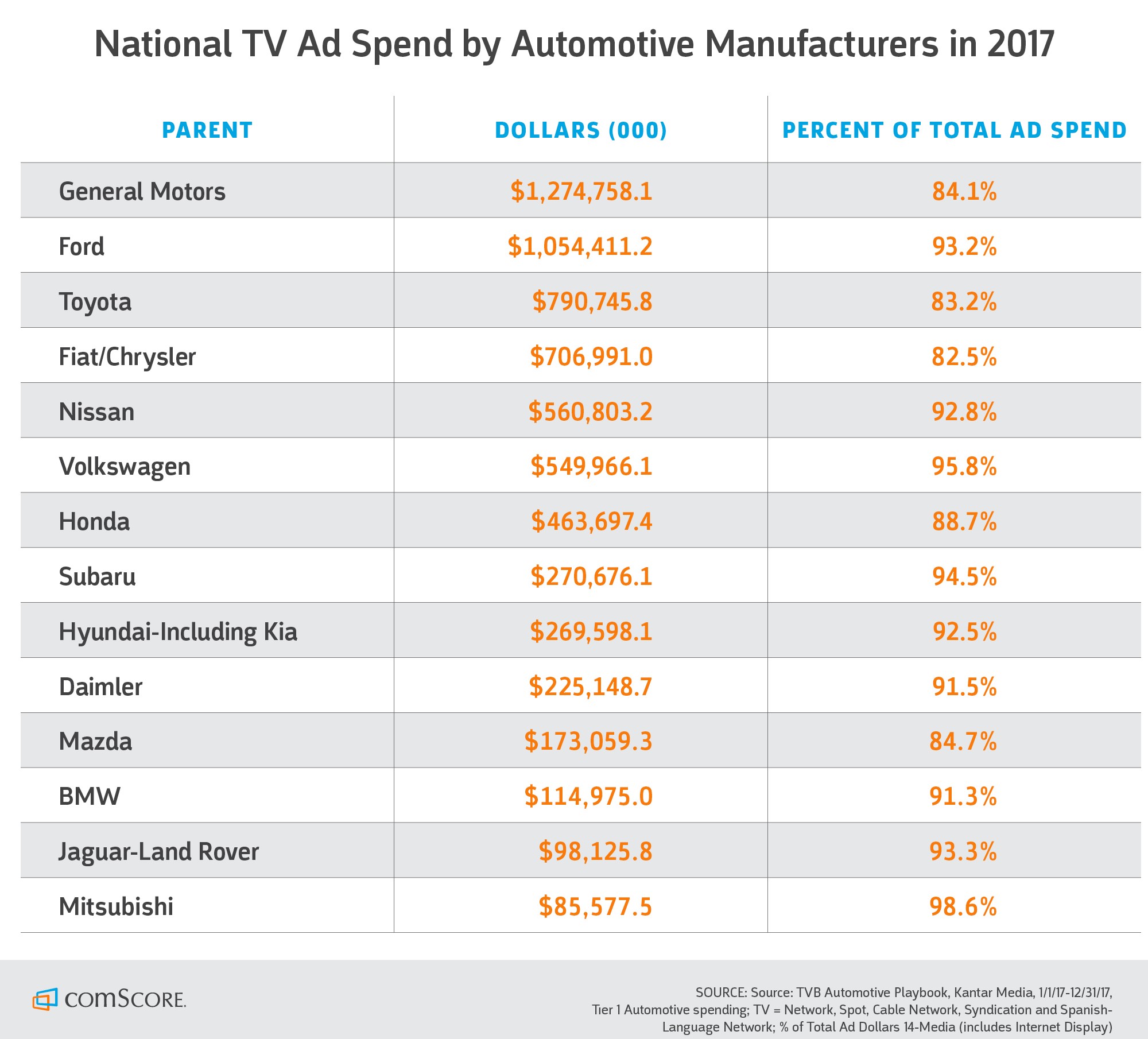 Yet, auto advertisers still struggle to connect the dots between these ad efforts and actual observed shopping behavior.

We discovered that there is a positive correlation between TV ad exposure and in-market shopper volume (total demand as measured by the number of unique shoppers) as well as several key takeaways for auto advertisers looking to optimize their campaigns to achieve higher ROI.  Additionally, our research cements TV as a crucial advertising medium for automakers looking to influence and attract customers today and in the future.

Let’s take a closer look at the data…

For the first brand that we analyzed, a steady reduction in GRPs throughout the year closely mimicked the downward trend for resulting shopper volume, indicating a clear correlation between the two metrics. 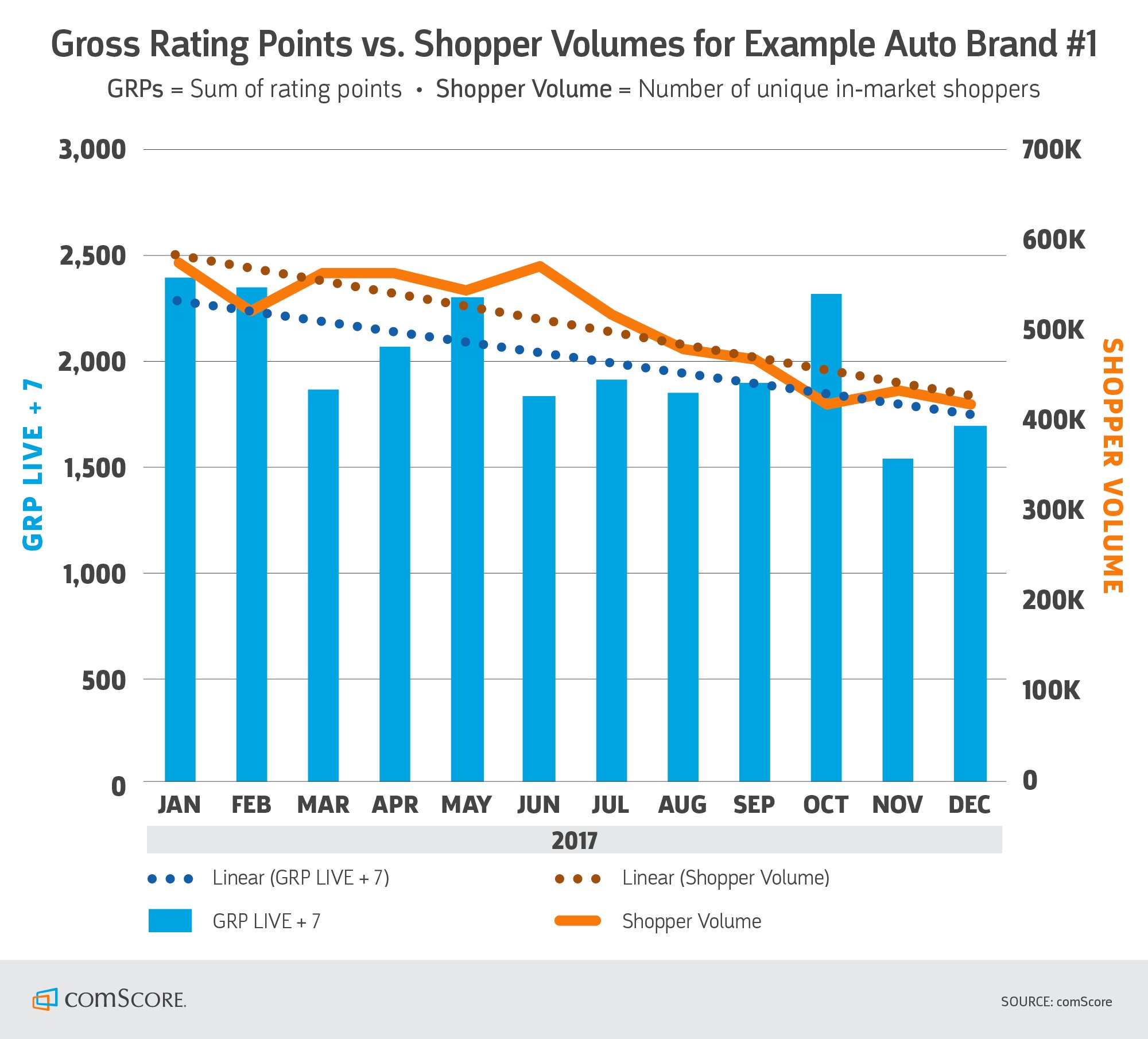 Conversely, for another major auto brand, a short-term (two month) spike in GRPs resulted in a similar spike for shopper volume.  However, as soon as GRPs declined in May, shopper volumes began to steadily decline. 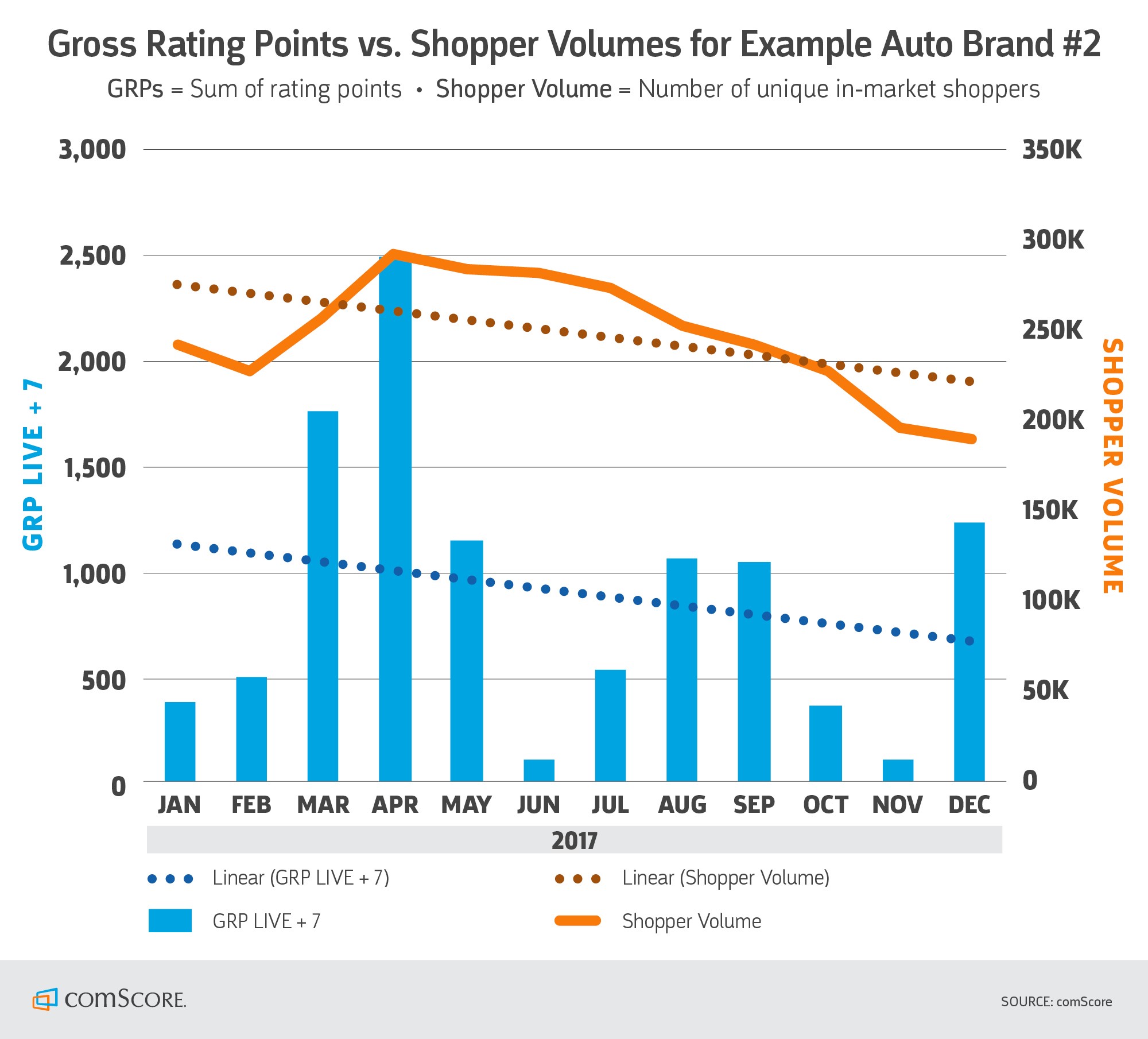 By understanding the correlation between GRPs and shopper volume, auto advertisers can now dive deeper into campaign elements to understand the impact on shopper volumes. Some key areas to evaluate when planning TV ad campaigns, include:

As the data shows, there is a clear correlation between TV ads and shopping behavior, but understanding how to optimize these advertising efforts is key to driving lift in shopper volumes (and ultimately sales). To help solve auto brands’ attribution challenge, it is instrumental for them to analyze how ad exposure directly impacts consumer shopping behaviors.  But they should not be analyzed in a vacuum, as it is critical to also understand the impact that other market variables such as ad type, incentives, and inventory play into the conversion process.

To learn more about how Comscore can help marketers, brands and their agencies drive advertising effectiveness, please contact us.

^Source: TVB Automotive Playbook, 2018 Edition
^^Source: Zenith via Ad Age Marketing Fact Pack 2018
* For this analysis we used GRP+7, which is Gross Rating Points at the time of broadcast through the following seven days of DVR playback (to account for recorded/delayed viewing), and we included all spend (brand + model) across categories.
** Shoppers are the net across 40+ third-party automotive websites, deduplicated across sites, days, and sessions, and drawing from lower-funnel activities on those sites to best represent “in-market” auto shoppers.