The 2018 Summer Box Office Sizzle: How the Summer Season Proved the Movie Theater Experience is Alive and Well

Summer 2018 was full of big blockbusters, powerful documentaries, and cinematic thought provokers. The season had an enormous head start with Marvel’s powered juggernaut “Avengers: Infinity War,” which opened a week before the official start of the summer season.

The film posted the biggest opening weekend of all-time in North America, taking in a staggering $257.7 million in its first three days. But unlike other summer seasons, which started off strong and then faltered as the season progressed, this summer season continued to move full steam ahead. 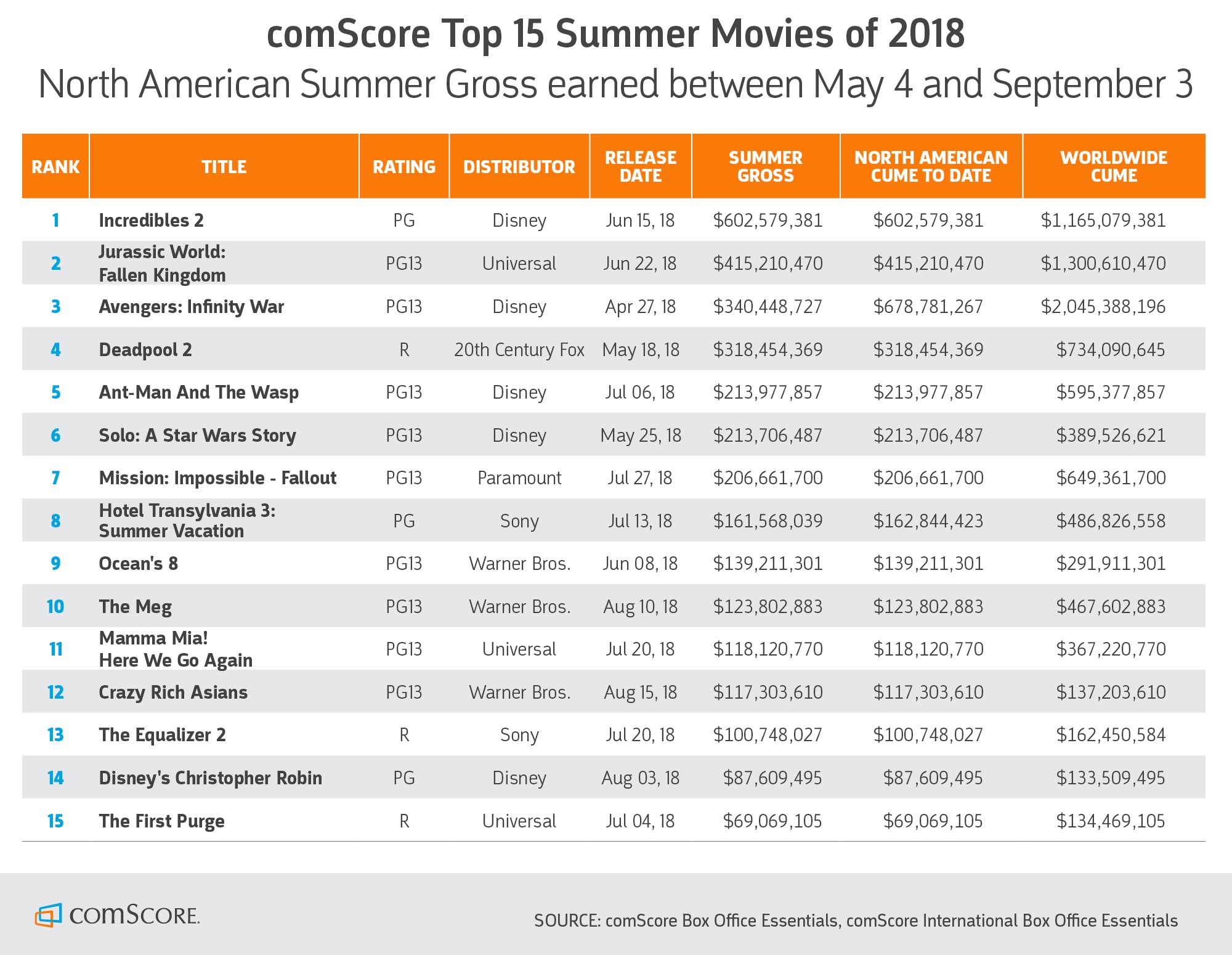 Last summer cloaked the industry with disappointment. Summer 2017 kicked off in high style with the $146.5 million debut of another Marvel title, “Guardians of the Galaxy Vol. 2,” but despite other notable box office successes like “Wonder Woman,” “Spider-Man: Homecoming,” “Dunkirk,” and “War For The Planet of the Apes,” the overall summer ultimately fell flat. The season was capped off by the worst performing month of August since the late ‘90s and posted the lowest grossing overall summer (the first sub-$4 billion) since 2006. 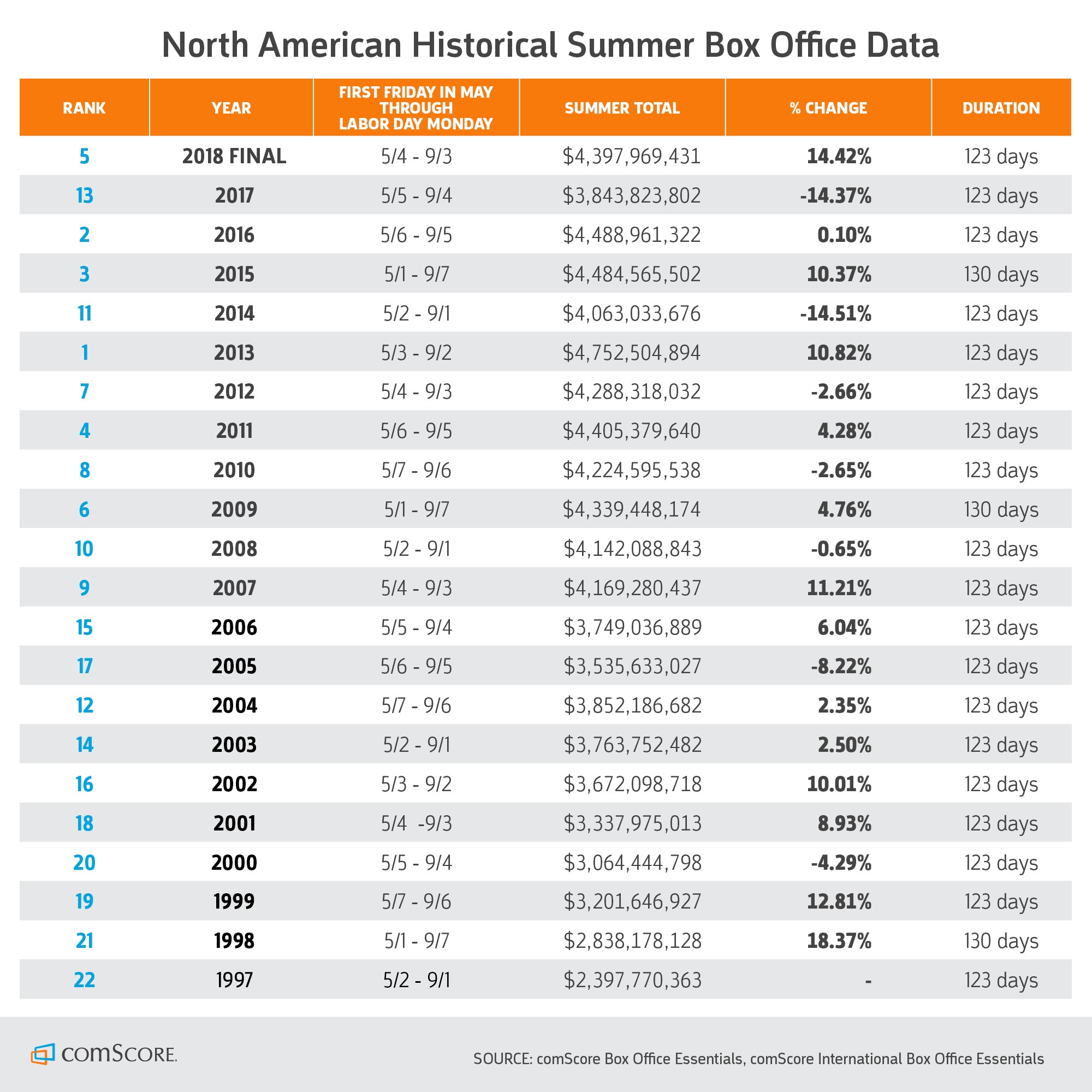 But the disenchantment of last summer has now been replaced with a more positive feeling that the movie theater experience is here to stay. All it takes is a compelling slate of content to get moviegoers showing up to the multiplex in droves – and that’s what summer 2018 did right. This summer was host to one of the most diverse lineups in recent memory. The season went beyond the typical blockbusters, sequels and franchise films, and also offered audiences a cadre of independent-style films and documentaries that were once considered unplayable during “popcorn” season.

I’ll give you some examples of this. Three documentaries – “Won’t You Be My Neighbor,” “RBG” and “Three Identical Strangers” – collectively contributed almost $50 million to the summer’s bottom line. Thought provoking films from notable filmmaker’s like “BlacKkKlansman,” “Sorry to Bother You” and “Blindspotting” also proved that audiences crave more than cinematic fast food during the summer season, as these films offer the sort of cinematic fine dining experience usually relegated to the fall or awards season.

Not only did this summer provide the perfect antidote to last year’s underwhelming performance, but the end of the season was given a huge and welcomed boost by the blockbuster performance of “Crazy Rich Asians.” The film further solidified the notion that diversity and inclusion are just good business. 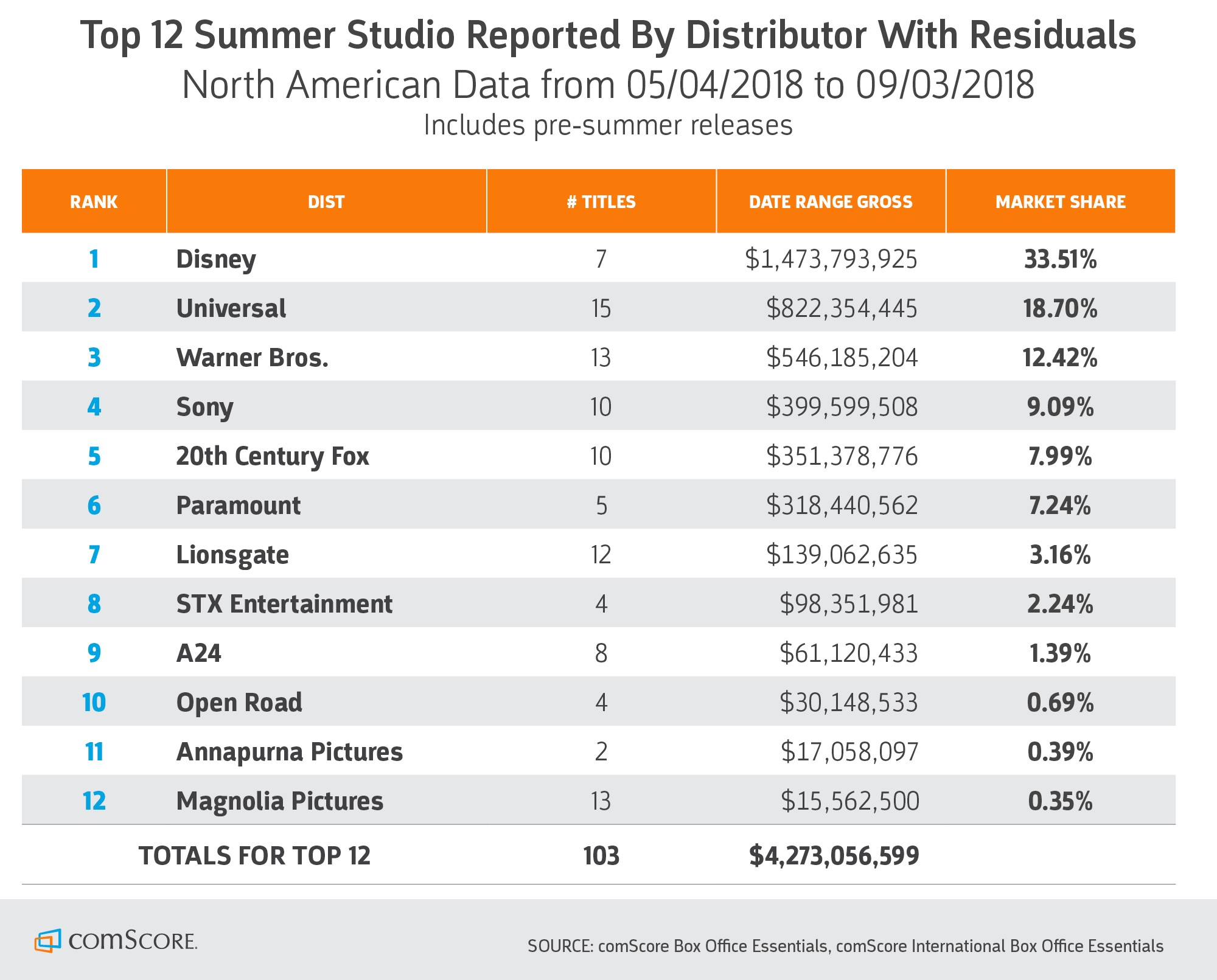 The ongoing and misguided notion that the rise of small screen streaming options for accessing entertainment would slowly kill the theatrical moviegoing experience was proven wrong by a summer that was up over 14 percent from 2017 and banked nearly $4.4 billion in box office revenue in North America. This summer solidified the idea that people crave an assortment of entertainment options – no matter the season. The more varied the theatrical lineup, the greater the desire by audiences to consume entertainment across the board.