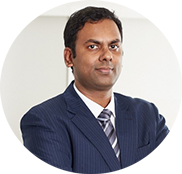 Analysing the top sites in the News/Information category based on different metrics on results day, we see differences in how users accessed these sites and their behaviour across devices, namely desktop and Android smartphones.

News/Information sites provide news and information regarding conventional and unconventional issues. This category also contains sites with articles and periodicals on current events and weather.

News/Information audience on Desktop and Android smartphone
As a percentage of its digital population, India is home to one of the largest mobile-first populations, with users accessing sites exclusively through their mobile devices. Overall, the number of unique visitors (UVs) accessing News/Information sites on their Android smartphone is significantly higher than desktop UVs, with Times Internet Limited ranking first. Dailyhunt, which was not in the top five entities in terms of desktop UVs, was ranked fifth with over 12 million Android smartphone UVs on 23 May 2019. The single day Android smartphone UVs to the top five sites compose of 26%, 17%, 17%, 18% and 25% of their respective monthly reported numbers in May 2019.

Contact us today to learn more about this report and how Comscore can help you make business decisions with confidence.