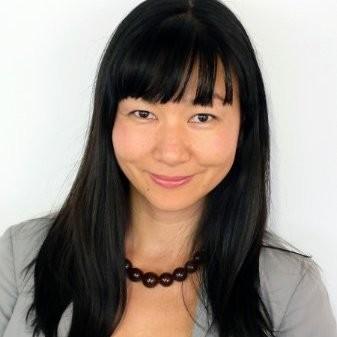 With viewership of long form content on a rapid upward trajectory and its addressable audience representing more than 80 million Americans, we are clearly in an era of significant opportunity for the online video advertising market. But despite its growth, the industry is still tinkering with the most effective business model to monetize this valuable, engaged audience.

Among the questions currently being debated by online video publishers is: should we stick with an ad supported model or move towards paid subscription models? (Or possibly a hybrid of the two?) Will viewers prefer monthly flat fees a la Hulu Plus, or episode/series-level micro payments that resemble the iTunes model? Within ad-supported models, how do we get to an ad load that can begin to reap TV-like revenues from online eyeballs, now that we’ve taught our audiences to expect a greatly reduced ad load online?

Putting aside the subscription versus the ad supported debate, and focusing on how to make an ad supported model work, the key starter question seems to be: What is the right amount of advertising to run against a TV program online?

This question splits into two parts:

This post and related whitepaper examines question 1, and specifically focuses on how the age of the viewer impacts the answer and its implications for developing the optimal ad experience for different programs online.

Survey takers were asked to nominate/choose the length of video ads against a TV hour which they felt was ‘negligible’, ‘minimal’, ‘long enough’ and ‘too long’. We then conducted a sensitivity meter analysis to see where the results intersected, giving us the optimal length of video advertising per TV hour.

In researching this report, we considered multiple variables beyond age, including income, platform preference, reasons for viewing online, satisfaction with TV and opinions on advertising both on TV and online, before continuing to explore age as the variable that revealed the most useful learning.

Across ages 18-49, 7 minutes per hour represents the upper limit of advertising load for which viewers will remain engaged, with just over 6.5 minutes being the middle ground for achieving maximum engagement. Importantly, this 6.5 minute threshold represents an ad load that is more than 50% greater than what is currently being served to online audiences. 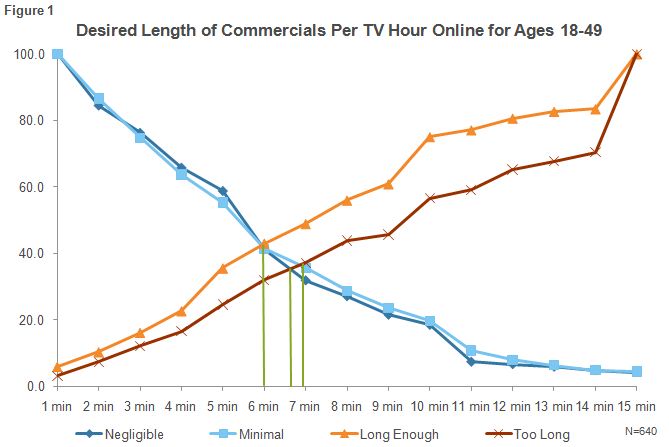 How Sensitive is Your Target Audience?

Although the optimal and lower end of ad tolerance show strong similarity across age groups, the sensitivity band and upper limit vary greatly, cautioning publishers to be flexible and agile when experimenting with ad loads depending on the age of the intended or likely program audience to avoid viewer abandonment.

For instance, 18-24 year olds show vastly greater sensitivity to ad loads. The difference between negligible and too long is very slight, at less than half a minute, revealing an audience with lower frustration tolerances and less willingness overall to have their viewing experience become too cluttered online. Advertisers need to exercise greater caution with campaigns aimed at this age group and pay careful attention to audience retention and drop-off rates as ad thresholds rise to avoid impacting their online reach. 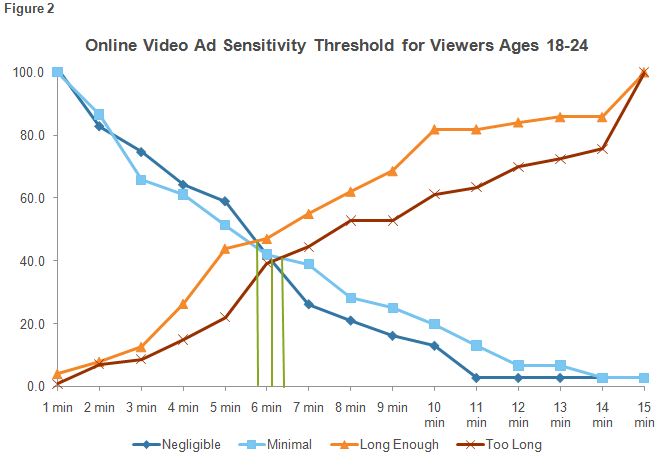 Interestingly, more than 20% of 18-24 year olds thought that 10 minutes of advertising was still minimal, although at this threshold, you run the risk of going beyond the comfortable threshold of nearly 60% of your viewers. Ad loads against original TV programming can be increased, but a one-size fits all approach will miss the greater opportunity.

The starting point lies at a threshold 50% greater than where we are currently, taking the ad load against a typical TV hour up to around 6.5 minutes. However, when considering the best approach, it is important to bear in mind that ad sensitivity thresholds vary by age and other factors, with 18-24 year olds showing particular sensitivity and the greatest need for upfront and ongoing behavioral testing.

The progress of models for monetizing original TV programming is critical to the growth of the video advertising industry, and will become increasingly important to the evolution of TV advertising as more and more viewers opt for platform agnostic viewing habits. But, we do need to exercise caution when experimenting with video ads online, and look beyond pure replication of traditional broadcast ad models as this fails to recognize the value in new platforms beyond additional eyeballs.

For further exploration of this topic, download the whitepaper: ‘ Great Expectations: How Advertising for Original Scripted TV Programming Works Online’. The full study explores the particular question of ad load and ad sensitivity, and does not cover the question of how best to leverage the online platform experience when innovating around video advertising. This, and other related questions will be important ground for future studies, so as to be able to take into account the social, viral and interactive nature of video which provides new value to advertisers in addition to the traditional TV experience.