There is much buzz surrounding the announcement that the iPhone will be available to Verizon subscribers as Apple ends its exclusive carrier agreement with AT&T. The deal is expected to shakeup the mobile marketplace as consumers who are either current iPhone subscribers or in the market for one now have the option of choosing a carrier, a choice expected to drive a growing number of mobile users into Verizon’s subscriber base and further increase iPhone device sales.

Verizon currently leads the U.S. mobile market as the carrier for 31% of mobile subscribers, with AT&T accounting for 27% share. But when looking exclusively at the smartphone market, AT&T holds a commanding lead with 38% marketshare, compared to Verizon’s 27%. However, as an increasing number of smartphone options have become available across carriers, AT&T has seen its smartphone share decline 7 percentage points in the past year. Meanwhile, Verizon has climbed 4 percentage points as Android devices using Verizon have penetrated the market at a rapid clip. 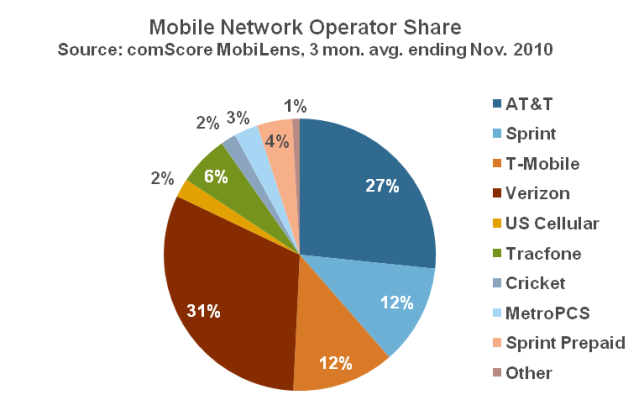 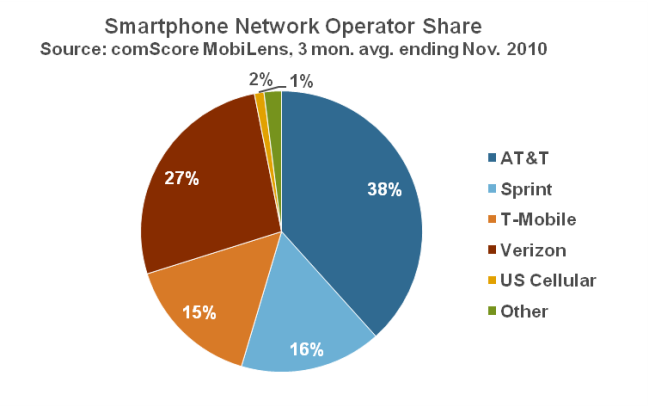 Is a Platform Market Share Shakeup on the Horizon?As Apple ends its exclusive deal with AT&T, it is facing an increasingly competitive smartphone environment as new devices flood the marketplace, highlighted by the rising number of Android devices hitting store shelves. In the past year, Android has risen from minimal penetration to now holding a solid 26% of the smartphone market, putting it slightly ahead of Apple’s 25% share but still behind platform leader RIM, which held 33.5% of the market in Comscore’s latest mobile benchmarker. Throughout the year iPhone has seen its penetration remain relatively unchanged, hovering at 25% share throughout the year. (It should be noted that the iPhone’s installed base has certainly grown, but its share of the market has remained more or less stable.) The iPhone Verizon deal will no doubt bring even greater competition to the smartphone arena throughout the coming year as Android, iPhone and RIM jockey for the leadership position. 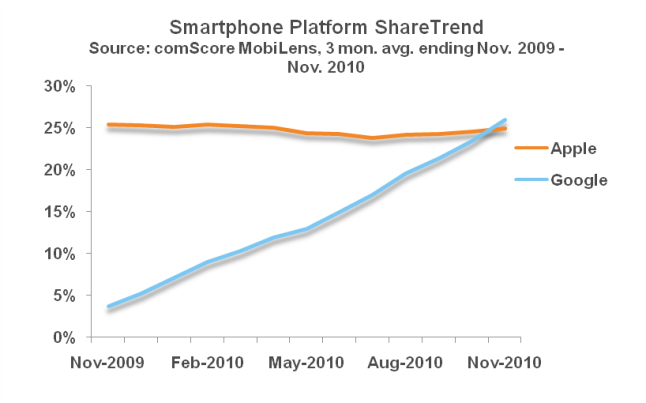 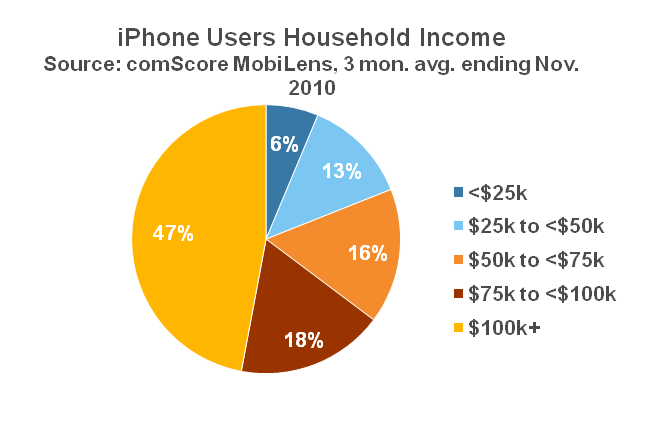 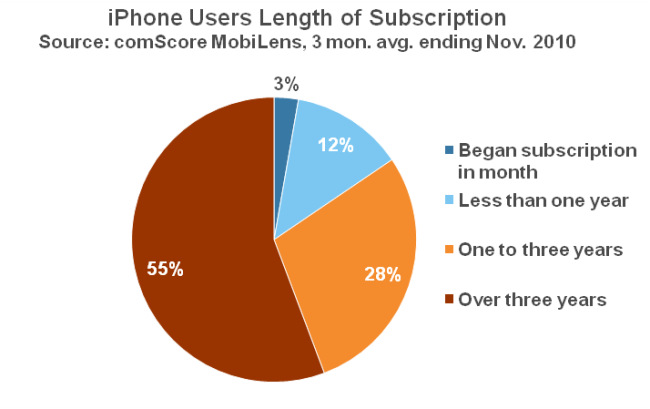 Although it’s too early to tell exactly how consumers will react to the Verizon iPhone announcement, it is fair to say that this deal represents a potentially significant turning point in the ascendance of the smartphone market. Only time will tell which carriers and platforms will emerge as the market leaders, but it’s clear that right now the consumers are winners as they gain yet another option when making their smartphone choice.