The most disruptive shift in the digital media marketplace has been the shift from desktop to mobile platforms. This is evidenced by the fact that smartphone technology was introduced several years ago, yet this device, now along with tablets, continues to drastically alter the dynamics of consumer behavior.

In 2013 some of the most pronounced shifts in audience behavior occurred as consumers attempt to keep pace with the fast-evolving consumer technology trends. For the first time this year, multi-platform users (i.e. people who use both mobile and desktop devices) became the majority of the digital population  a milestone that was reached in April 2013. By the end of the year, a full 56 percent of digital media consumers constituted the multi-platform majority.

For more insights about the Multi-Platform majority, download a complimentary copy of the 2014 U.S. Digital Future in Focus report here. 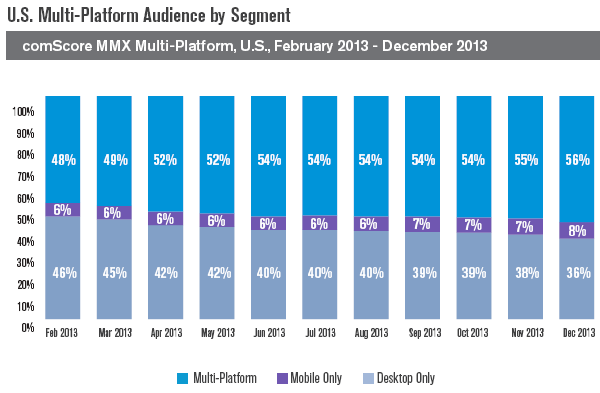