U.S., Singapore, and U.K. Have the Highest Share of Traffic from Non-Computer Devices

Today, Comscore launched Device Essentials - a service that provides an all-encompassing view of digital traffic from all web-enabled devices worldwide. The findings in the inaugural release provide the world's first glimpse into the share of traffic coming from various devices by device type and connection type. 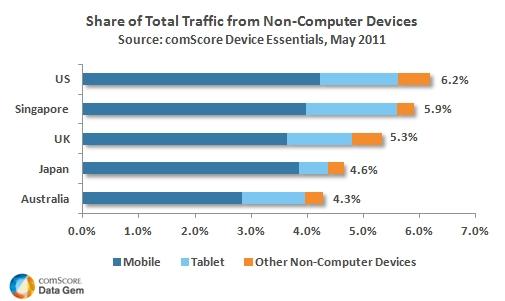