*Corresponding days based on corresponding shopping days
(November 2 thru December 20, 2009)

“Spending growth has remained strong right through the final shopping weekend of the holiday season,” said Comscore chairman Gian Fulgoni. “The growth rate of 17 percent witnessed during the final weekend capped off the heaviest online spending week of all time at $5.5 billion. Although there are still nearly two weeks remaining before the end of the year, holiday spending is inching very close to the total for the entire 2009 holiday season, a sign of just how much the online retail landscape has improved in the past year.” 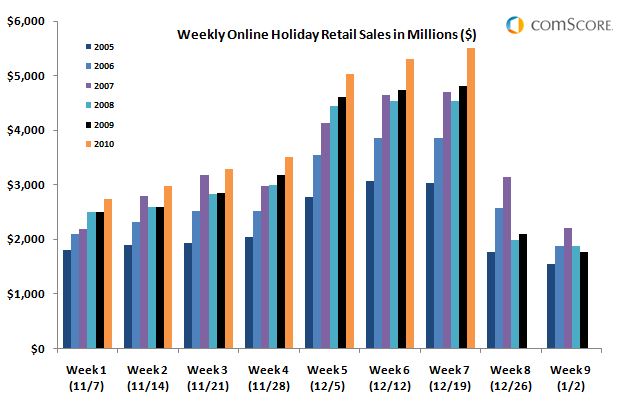