*Corresponding days based on corresponding shopping days (November 2 thru December 19, 2010)

“The final big week of online holiday shopping remained strong throughout, with four days surpassing $1 billion in sales and the second heaviest online shopping weekend on record,” said Comscore chairman Gian Fulgoni. “With only a few more days until Christmas, the preponderance of Americans’ late season holiday shopping will shift to brick-and-mortar retail, although the procrastinators among us will still be able to take advantage of expedited shipping and buy online up to and including the day before Christmas Eve with the guarantee of having their gifts delivered in time for the holiday. In total, we will see another $5 or $6 billion in e-commerce spending over the remainder of December to finish off what has clearly been an outstanding season for online retailers.” 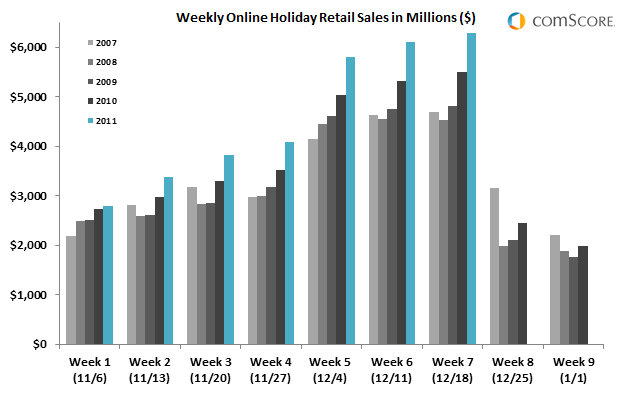