In this week’s edition of Comscore Snapshots we look at online dating in the EU5 region, which includes France, Germany, Italy, Spain, and the UK. Our analysis covers websites and mobile apps that contain information on dating and love as well as matchmaking sites.

Despite lockdowns and other restrictions, online dating is still popular in the EU5 region: of those who browsed the internet in May 2021, roughly one in fifty visited an online dating website on a desktop device and one in ten used dating apps on mobile devices. 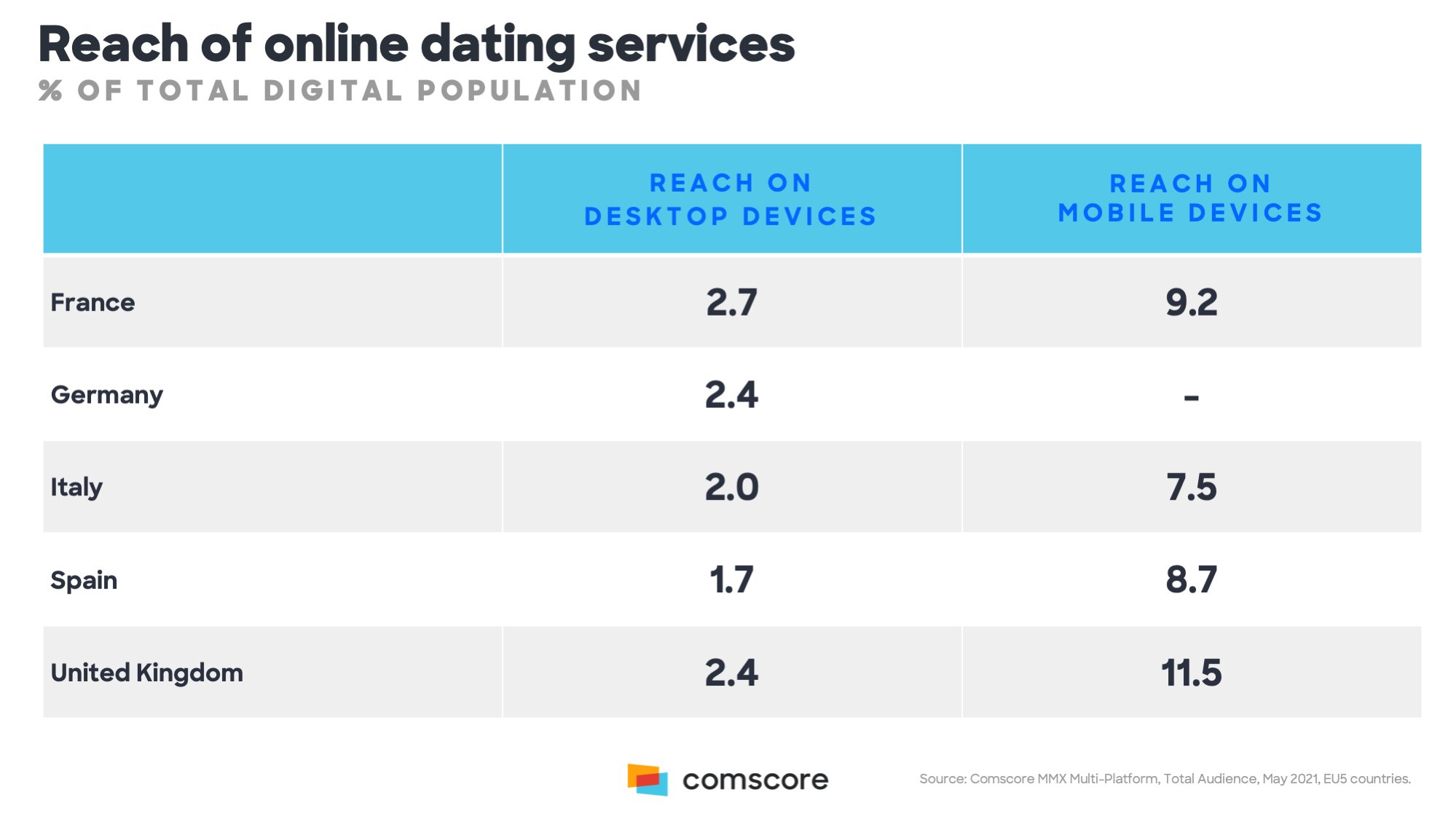 The quest for a partner appears to follow a seasonal pattern. Take, for example, the UK: between April 2020 and April 2021, the number of individuals who were exposed to online dating content spiked in August (which is peak summer holiday in Europe) and again in November (which corresponds to pre-Christmas celebrations). To some degree, this pattern also corresponds to times of relative freedom, when countries had partially lifted their restrictions, before re-instating them. Future data will reveal how lasting this pattern remains. 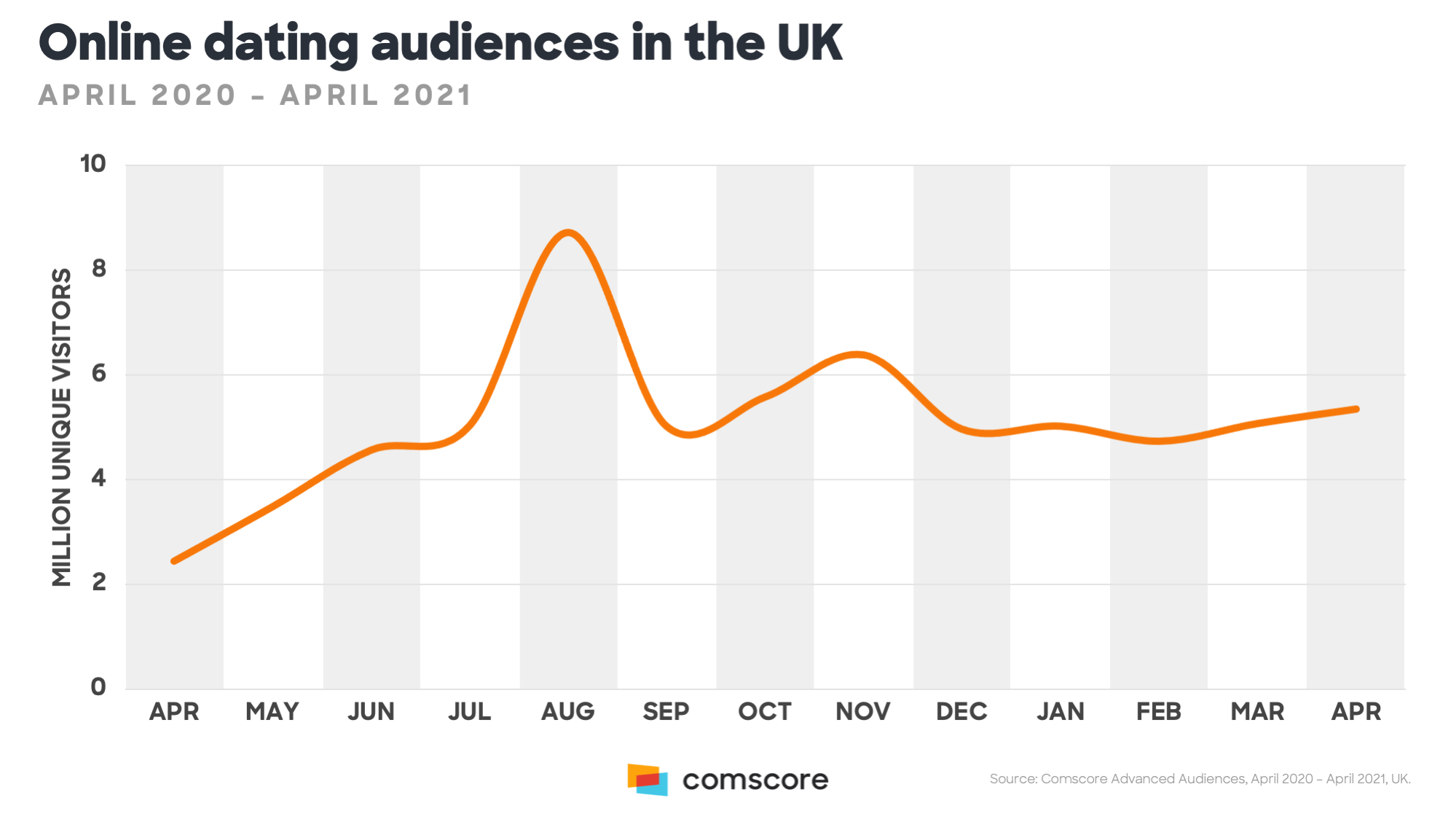 In terms of demographics, online dating tends to be more widely used among the group of age 25 to 34, followed by the group of age 35 to 44. Males are also far more likely to visit online dating sites than females, and the discrepancy is most pronounced in Italy. In the UK on the other, the gender imbalance is more muted. Overall, online dating carries a larger weight in the UK compared to Italy and Spain, perhaps owing to the more gregarious social dynamics in the latter countries. 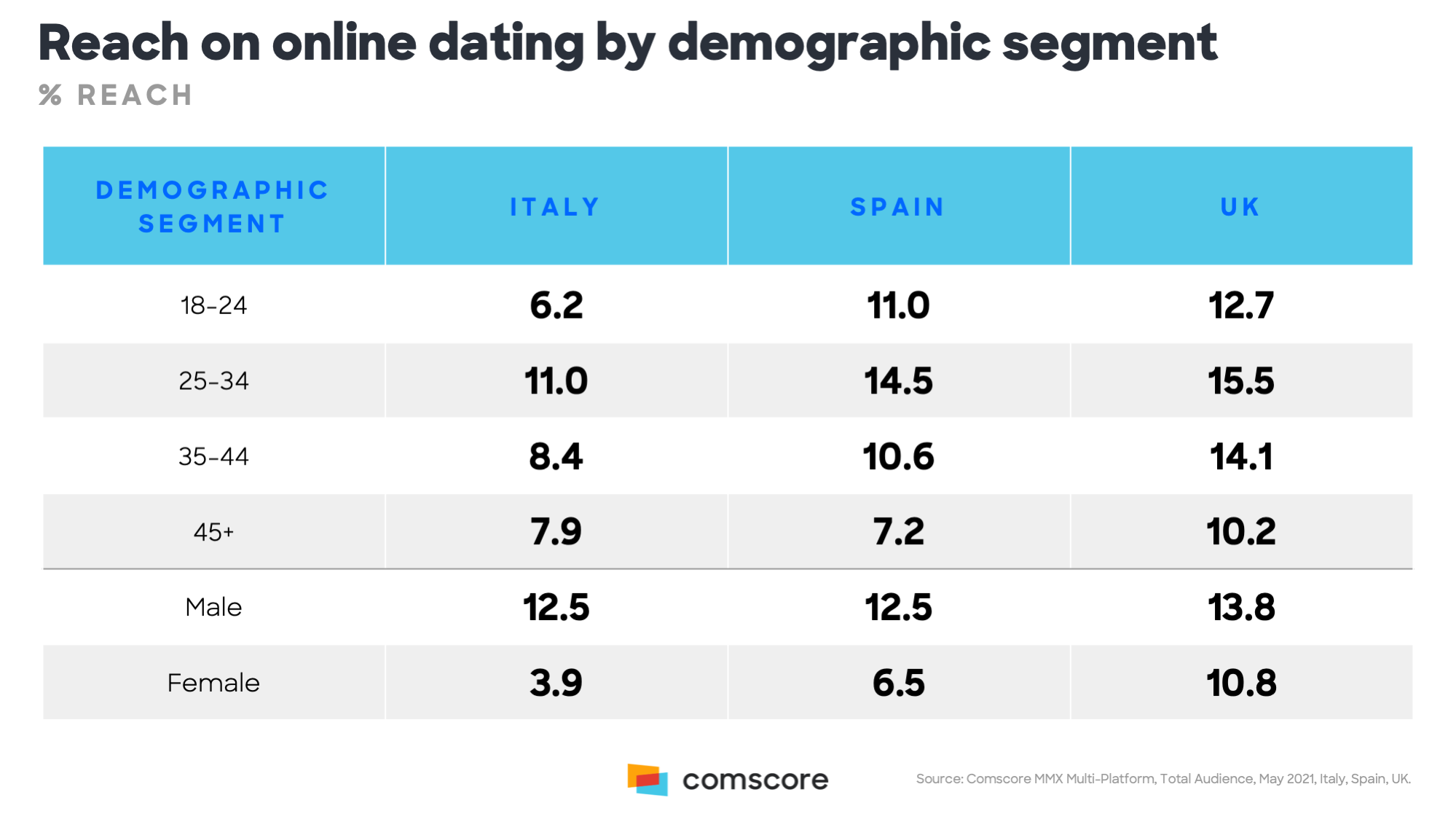 Dating goes to the core of how humanity operates. While offline dating occurs in a variety of settings (social events, work, etc.), in most countries online dating is concentrated across a handful of media groups. By far the dominant group is The Match Group, which owns a broad portfolio of sites and apps such as Tinder, Match.com, and PlentyOfFish. As a result, The Match Group dominates the online dating landscape. Yet a handful of entities not owned by The Match Group are also getting traction. Within the EU5 region Lovoo, Happn, and Bumble rank among the most popular entities. 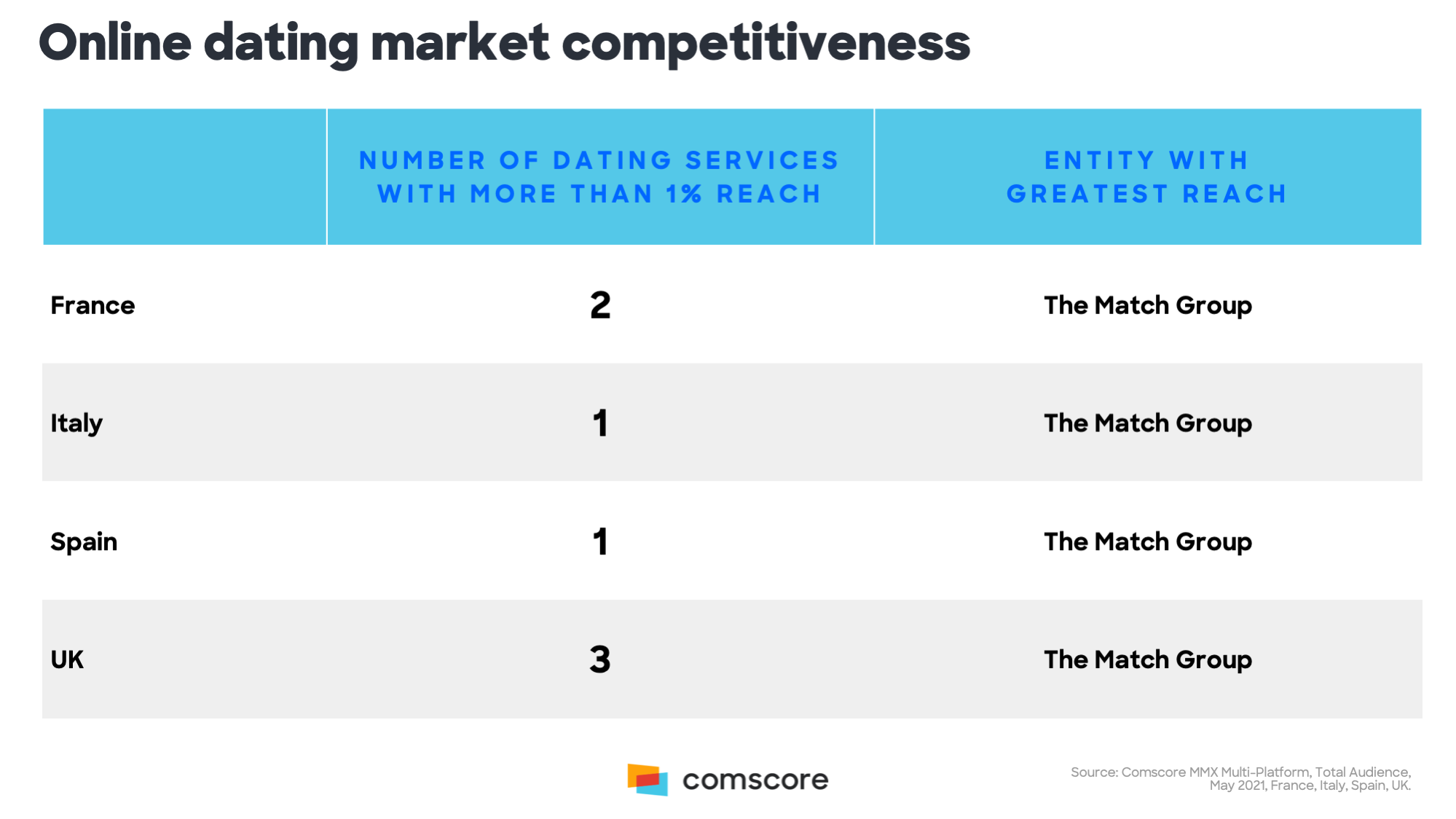