Putting the Digital Future in Focus: Key Trends that Will Shape the U.S. Digital Industry in 2013

Putting the Digital Future in Focus: Key Trends that Will Shape the U.S. Digital Industry in 2013

Last week Comscore released the 2013 U.S. Digital Future in Focus, our annual report on the prevailing trends poised to shape the U.S. digital industry in the year ahead. The report features insights from many critical and evolving facets of the digital landscape, including social media, search, online video, digital advertising, mobile and e-commerce, as well as the implications of these trends for marketers in 2013. With consumers spending more of their time in front of digital screens, the stakes are higher than ever before as advertisers, agencies and publishers look to build successful digital strategies. Doing so requires insight into not only the current environment, but also with an understanding of how these trends will shape the future. As we look to the year ahead, here is a preview of the key trends and issues you need to know.

Americans’ usage of Social Networking sites continued to be dominated by Facebook, which accounted for 5 out of every 6 minutes spent online on these sites. Facebook’s 2012 IPO signaled a maturation of the social media market with a renewed focus on building strong business models and monetization streams. Several social media players also made waves in the public markets this year, including LinkedIn, Yelp, Zynga and Groupon, while others including Twitter, Tumblr, Pinterest and Instagram (now part of Facebook) have all posted strong user growth as they begin to ramp up their revenue engines. 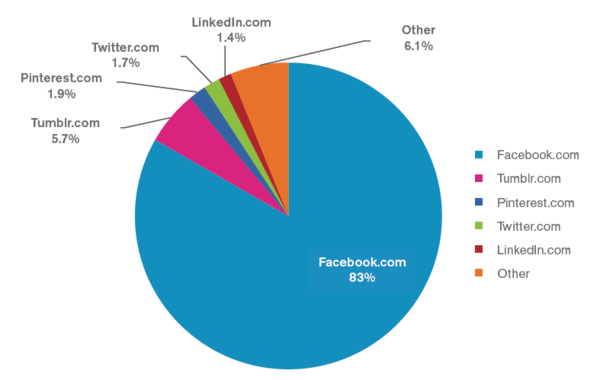 Google continued its strong lead in the U.S. search market, while Bing managed to gain ground as the #2 search engine in 2012. The desktop-based U.S. core search market saw its first signs of flattening as an increasing number of searches shift to vertical-specific searches and mobile platforms.

The U.S. online video market also shows signs of maturing from a consumption standpoint, but monetization is picking up steam as YouTube accelerates its advertising efforts while traditional media players find success with TV commercial content. With the demand for high-impact video advertising exceeding the available inventory, look for continued momentum on the advertising side – particularly as targeting improves.

Nearly 6 trillion display ad impressions were delivered across the web in 2012 as brand marketers have become increasingly comfortable with a medium capable of delivering strong marketing ROI. Despite delivering so many impressions, Comscore research showed that an average of 3 in 10 ads are never rendered in-view, leading to significant waste, weaker campaign performance and a glut of poor-performing inventory that imbalances the supply-and-demand equation and depresses CPMs. Through the continued adoption of a viewable impressions standard, the market is beginning to embrace a digital scarcity model that better aligns monetization with the value created by the inventory.

Smartphones continued to drive the mobile landscape in 2012, finally reaching 50-percent market penetration in 2012. The Android platform also hit a 50-percent milestone as it captured the majority of the smartphone market for the first time. Meanwhile, tablets continued to gain traction, with 52.4 million U.S. tablet owners as of December 2012. The rapid adoption of smartphones and tablets, and consumers’ increasing use thereof, has resulted in a fragmented digital media landscape where the typical consumer now shares his time across multiple screens.

Despite the backdrop of continued economic uncertainty, 2012 was a strong year for retail e-commerce. Throughout the year, growth rates versus the prior year remained in the mid-teens to outpace growth at brick-and-mortar retail by a factor of approximately 4x. Total U.S. retail and travel-related e-commerce reached $289 billion in 2012, up 13 percent from the previous year. While e-commerce continues to gain share from traditional retail, the first signs of mobile commerce affecting the digital commerce landscape are starting to emerge. In Q4 2012, Comscore estimates that m-commerce transactions (from both smartphones and tablets) now represent approximately 11 percent of corresponding e-commerce spending.

We at Comscore understand that putting the digital future in focus is of paramount importance to forward-thinking digital marketers. And with 2013 set to be another exciting year for digital, the time is now to understand the driving forces in the industry so that you can capitalize in the year ahead.